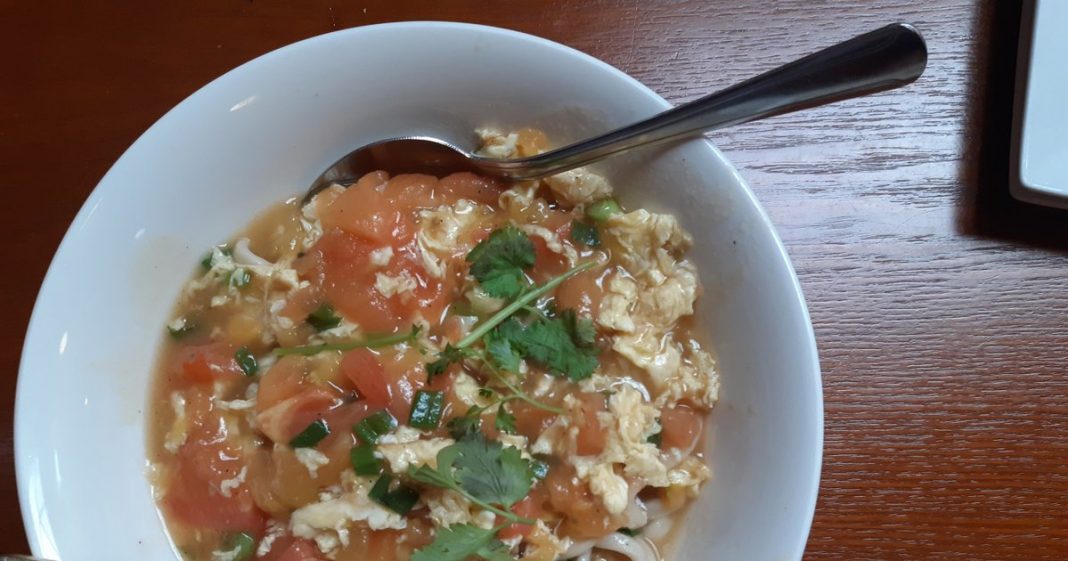 The strength of Dao Tai House, a nine-month-old restaurant jammed between a liquor store and a dance studio on Capitol Hill, is its Russian-inflected Chinese food, not its storefront.

The display windows are plastered with bright photos of bubble tea and noodles, but they mask a cramped, usually-empty bar, divorced from the rest of the restaurant — and sadder for it.

Walk through the front door and things don’t get any easier. There’s a confusing, concrete-floored foyer. Branch right for Velocity Dance Center and the bathrooms, left for the bar. There’s a bulletin board and a water fountain. It feels like the lobby of a community center.

But steer left of the little table with the dance brochures, through a set of double glass doors and you’ll find Dao Tai House. It’s a warm, modern room with lots of blond wood, exposed brick and some decorative rope. There’s a repurposed sushi bar (this was formerly the home of Octo Sushi).

Dao Tai House is a family affair, owned and operated by Bo-Ying Fu and her parents, Frank Fu and Kelly Zhu.

The family emigrated from Harbin, in northern China, to the Las Vegas area about 20 years ago. Frank Fu, after culinary school and a career spent in the kitchen, had been the executive chef at the Harbin International Hotel, his daughter said, but when they came to America, with limited English, he started over.

He worked as a line cook at carryouts, in sit-down restaurants, at Caesar’s Palace and other casino kitchens. Zhu worked in casinos as well. At one point they opened a small takeout restaurant, but had to sell it after a family member in China had a health scare.

They wanted to start their own place, but they didn’t really know where to begin. So Bo-Ying Fu convinced them to come to Seattle, where she’d moved after college to work as a program manager for Microsoft (where she still works) and where she said Chinese restaurants tended to be concentrated either in the Chinatown International District or on the Eastside.

After two visits, they packed everything in a moving truck last winter and drove to Seattle. Six months later, they opened Dao Tai House.

You’d be wise to begin with the appetizer platter. It’s a DIY platter — there’s a list of cold dishes, you choose a couple and get heaping portions — and it’s $8 very well spent.

A plate of sautéed green beans ($11) comes blistered from the wok, slicked with oil and soy, spiked with chili and garlic. They’re great.

Dao Tai House serves northeastern Chinese food. With longer and colder winters than the more populous parts of southern China, the cuisine leans heavier on pickling and has a lot of Russian influences — Harbin is just a couple of hundred miles from the border.

“A lot of northeast cuisine is very flavor intense,” Bo-Ying Fu said. “Up north, nothing really grows, so you pickle cabbage in the wintertime and eat that in the winter.”

Pickled cabbage soup ($15) tastes like a soupy choucroute garnie, the Alsatian braise of sauerkraut and pork. Glass vermicelli subs for potatoes in the starch role, but the cabbage has that same fermented twang, and slices of fatty pork belly abound.

The Russian influence seems evident in a bowl of noodles with tomato and egg ($11). It’d be tough to imagine humbler ingredients, but the whole is greater than the sum of its parts.

In a light broth, it skirts the line between soup and just real saucy. Thick, irregular, toothsome noodles mingle with tomatoes, softened from the heat, but still holding their shape. Ribbons of scrambled egg pop up here and there. It’s warm and comforting — not a harsh note to be found.