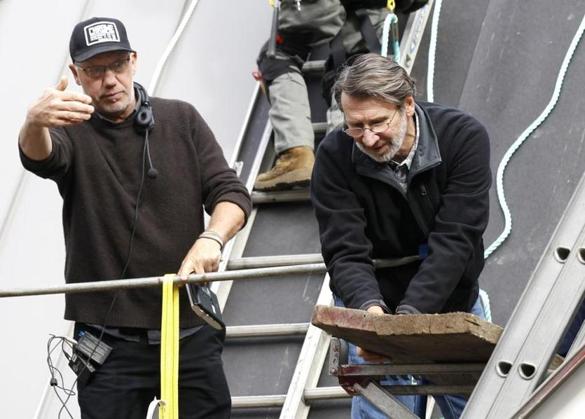 The women in my life have always wanted Norm Abram from the PBS series “This Old House.” What they mostly got was Norm from “Cheers.”

Norm Abram, of course, is the master carpenter who enlists a cadre of fellow travelers to oversee the renovations and improvements turning run-down shacks into multimillion-dollar showcases.

Since his debut on PBS in 1979, he has become the face of home improvement and renovations through TV, books, columns, and personal appearances.

One Christmas, I found a huge book wrapped under the Christmas tree called the “The Reader’s Digest Complete Do-it-Yourself Manual.” It was a thick yellow book on doing every kind of home improvement and repair imaginable. After unwrapping said tome and thanking my late wife, Geri, I looked at it quizzically: “Is this for me?”

Get Today’s Headlines in your inbox:

There are other outside influences working against we would-be Norm Abrams. First there was cable’s Home and Garden Television (now HGTV), which focused on instructional programming related to “do it yourself” activities.

Then came the spin-off DIY Network, which injected personality-based, documentary-style reality series having to do with home repairs and renovations.

I tried to have both channels blocked on cable TV using the parental controls, but my longtime partner, Susan, always found a way around it.

The shows portray how easy it is to knock down walls. They don’t always show how hard it is to rebuild the wall when the urge to wield a sledgehammer goes awry.

In my younger years, I was a whirling dervish. I painted the entire exterior of my Milton home and either wallpapered or painted the entire interior. I sanded kitchen shelves and oversaw the installation of a tile kitchen floor and a large window in the family room.

But eventually I came to subscribe to what Clint Eastwood as Harry Callahan famously said in the 1973 movie “Magnum Force”: “A man’s got to know his limitations.”

So when it comes time for a project, Susan often takes the lead, and I am available when it comes to heavy lifting or driving a nail. If I get the urge to do some fantastic home improvement project, I simply lie down until the feeling passes.

And so it is that the shower rod in one of our bathrooms droops a bit, allowing water to exit the shower stall and cascade around the bathroom.

You would be advised not to trust that railing as you go down those steps in our split-level ranch. I am determined to find the correct bracket before anyone is killed or maimed.

Eventually I came to subscribe to what Clint Eastwood as Harry Callahan famously said in the 1973 movie “Magnum Force”: “A man’s got to know his limitations.”

It’s always heartening when you find you find you’re not alone. Misery loves company, right? The good news is that no matter how badly you fail, someone else has already made you look good by comparison.

The Internet is littered with my fellow travelers, eager to disclose their shortcomings.

So we have the website Buzzfeed’s October 2018 story “People Are Sharing Their Home Improvement Fails And . . . Y’all Need To Just Hire People From Now On.”

It’s full of tales about folks who installed ceiling fans on walls, and busted pipes that turned the toilet into a bidet.

Perhaps my favorite is the photo of the water spigot installed directly above two electrical boxes. Electrocution made easy.

Just FYI, Norm: When you do get around to that next personal appearance in the Boston area, that woman ogling you in the front row will be Susan.

Rich Fahey can be reached at [email protected]