Home Bathroom Fight against dengue begins at our home | columns 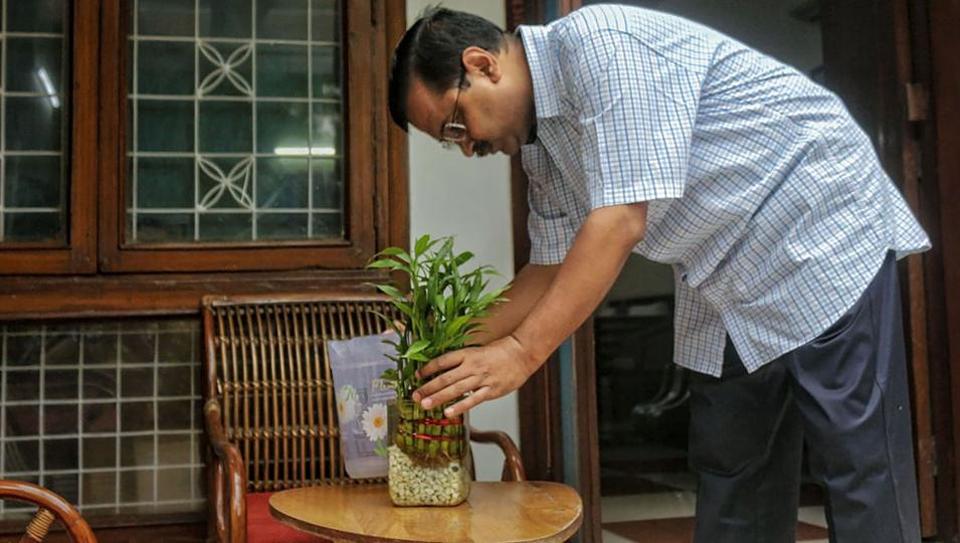 Backing a citizen campaign that began on September 1, Delhi chief minister Arvind Kejriwal has urged residents to spare 10 minutes at 10 am every Sunday till November 15 to check mosquito breeding in their homes and surroundings, to prevent the spread of dengue and chikungunya.

Prevention is better than cure. Since there is no vaccine for these two vector-borne diseases, experts prescribe early detection and good medical care to minimise the harm and fatalities.

While Delhi needs to scale up the Mohalla clinic model for good primary healthcare and provision for more hospital beds to take the patient load in case of an outbreak, medical infrastructure alone cannot curtail these diseases.

The fight to control dengue begins at home.

Aedes aegypti, the mosquito that carries the virus, does not breed in dirty drains but in clear water.

Due to stagnant water in desert coolers, discarded containers, overhead tanks, plants and water collecting from condensers of air-conditioners and refrigerators, many of those infected are bitten in their own homes. In neighbourhoods where the piped water supply is either limited or non-existent, residents store water wherever they can. These containers are also potential breeding grounds for the mosquito.

The disease control measures such as door-to-door checks and spraying and distribution of larva-killing material are perennially limited by the lack of funds and the shortage of staff. Municipal officials say that the breeding cycle of Aedes is such that it requires a follow-up site inspection in nine days. But the municipal staffers are able to conduct the second round of checks only after 15-20 days. There are only 3,200 domestic mosquito breeding checkers for the 3.3 million households in the city. They can conduct only random checks.

This limited effort is further compromised by some non-cooperative citizens. Officials claim that residents, mostly in the higher-income neighbourhoods, resist inspection and complain of harassment when they are fined ₹500 for allowing mosquito breeding. Without citizen participation, Delhi ends up fighting a losing battle.

Despite having lived in a city which has seen over five decades of dengue menace, the awareness levels among residents are still low. Although authorities do advertise dengue prevention methods in the mass-media, many seem to be still unaware that Aedes mosquitoes breed in clean water.

Delhi can take a cue from Singapore to refine its idea of citizen participation. The city-state, which also struggles with the outbreak of vector-borne diseases, started the five-step Mozzie Wipeout campaign in 2013 with a colour-coded alert system. Through a visual campaign, made popular through videos, banners and hoardings, the government provides a do-it-yourself (DIY) manual for homes, giving specific details of potential breeding locations in kitchen, bathrooms and outdoors and how to clean them up.

The red alert, for instance, indicates that there are more than 10 cases in a neighbourhood and prescribes clearing of stagnant water every alternate day, while the green code thanks citizens for their efforts, asking them to maintain the cleaning routine once a week. Singapore continues to have a high reporting of dengue cases and is trying out new methods such as releasing Wolbachia bacteria-infected mosquito to prevent transmission of the virus, and installing gravitraps to capture female Aedes and their eggs. But community-based initiatives remain the key prevention strategy.

Mass participation to fight dengue was also tried out in some parts of Mexico through the Patio Limpio or the Clean Patio campaign where certain citizens were trained as captains who engaged with others to prevent mosquito breeding. Although it has had initial success, sustainability has been difficult to achieve, said an article in the Voices of Mexico, adding that such initiatives require frequent monitoring and evaluation.

In Delhi, the chief minister has urged all the stakeholders – individuals, resident welfare associations, the municipalities, government officials and elected representatives — to join the campaign. The RWAs say they will be happy to play a supervisory role if the government can come up with a well-defined plan for citizen interface.

The success of the initiative depends on how well the campaign is sustained by the government and Delhi’s residents through mutual trust and cooperation. Hopefully, by the next monsoon, a true partnership will be in place because dengue and chikungunya cannot be defeated unless the battle is fought in every household.