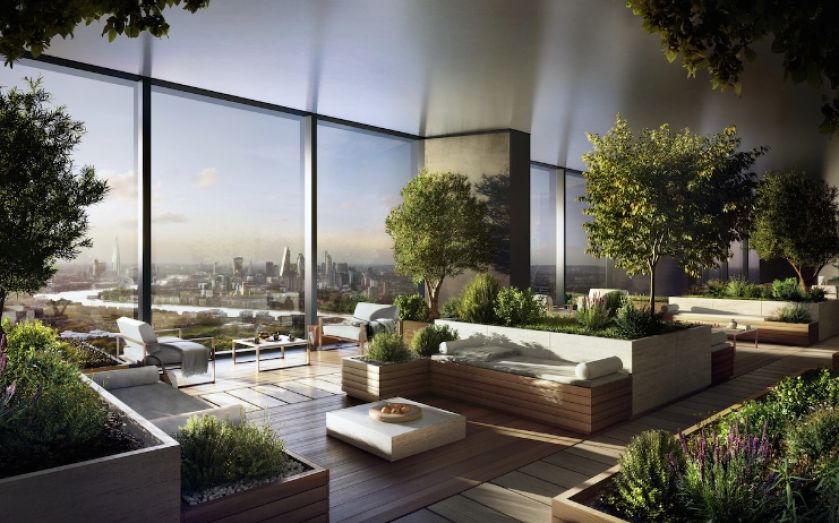 Millennials have been accused of killing almost every industry there is, but there may be one that 25-35 year olds are actually propping up. Houseplants are taking off like an avocado tied to a racing drone among Generation Rent, prompting investigations by such serious organs as The Washington Post and New York’s Nylon magazine, in which a recent headline posed the rhetorical question of our time: “So you’re a millennial obsessed with houseplants?”

Social media is filling up with terracotta pots piled onto balconies and crammed into the space between the kitchen cupboard and ceiling. A cursory search of #urbanjungle on Instagram will throw up forestry sprouting from tower blocks and the doorways of Victorian conversions.

Gardening is culturally associated with the middle-class suburb, where an immaculate lawn and a well-placed hanging basket speak volumes about the homeowner’s respectability and family values. So why has this trend caught on among a generation that prides itself on being above such bourgeois notions?

Saunter through a potted history of houseplants, and it seems their popularity isn’t just cyclical, it peaks during moments of great social upheaval. When the Romans invaded, they brought marble-potted houseplants with them to remind them of home. Once they left, their popularity fell and didn’t really take off again until the British Empire was at its height, when wealthy households built elaborate orangeries to show off their exotic acquisitions from the colonies.

By the time the Industrial Revolution kicked off, houseplants had trickled down to the middle classes who used them to soften the psychological effect of moving to polluted urban landscapes. The introduction of Victorian housing was also the first time many of them had enough light or ventilation in their homes to accommodate such greenery. Houseplants emerged as a trend again in the 1970s, to add a bit of life after the death of two world wars, and, curiously, their time has come again.

Last month, a study by The Resolution Foundation think tank said one in three 20-35-year olds won’t own their own home by the time they’re old enough to collect their pensions. With the average age of first time buyers increasing to 34 in some London boroughs, according to Halifax, people are renting for longer and moving around more. Many are also delaying having children until they’re in more stable circumstances. With this in mind, houseplants are the perfect way to personalise often bland rental properties, but, more than that, they’re also something to nurture into our extended adolescence. A large number of landlords don’t just ban renovating, they also ban pets so houseplants are a static alternative. Blogger Jess Melia has suggested a millennial surrounded by houseplants in a rented flat is rather like the internet meme of the cartoon dog insisting that ‘this is fine’ while surrounded by flames.

Pippa the peace lily, from Patch

As a result, a new breed of urban florist has sprouted up to capitalise on this shrub fetish. Patch is just one of these trendy services, a company founded by Freddie Blackett after he ran into plant trouble when moving in with his girlfriend in 2014. He traipsed to a garden centre on the outskirts of London, only to find there was little advice or support for novices. “There was loads of information available for practised suburban or rural gardeners, who measured space in acres rather than square feet, but nothing for me,” he says. Patch doesn’t just guide you towards the plants that best suit your dimly-lit window-ledge in Hackney, it also delivers them and provides aftercare for clueless metropolitan types, including a Plant Rescue Service, where you can snap a pic of your wilting hydrangea on your phone, send it in and receive advice on how to resuscitate it.

Patch also indulges in nature as nurture, often using language that’s more suited to an antenatal class than a traditional florist. New customers can be sent daily support emails, known as a “Houseplant Parenting Course”, and plants are advertised with human names, like Ian, Chaz and Big Ken (“a tough lad who won’t be phased by difficult growing conditions”).

“As our customers care for it, it develops a personality and they form a bond with it,” Freddie says. “Honouring them with a real name means you’re much more likely to care for them well and keep them alive.” Saying that, “we see a lot of new plant parents who are worried about neglecting their plants, and overcompensate by killing them with kindness.”

Houseplants also tap into the current ‘wellness’ trend as they can suck up Volatile Organic Compounds – toxins and other chemical nasties – found in furnishings, paints, detergents and cosmetics. English ivy, for instance, is said to reduce airborne faecal particles, making it a hygienic addition to bathrooms, ensuites and studio flats. The Royal Horticultural Society lists a number of health benefits, too, including reduced blood pressure and breathing problems and, if you work from home, studies have shown that houseplants increase attention span and improve productivity.

DIY giant Homebase has just launched a new range of Air So Pure houseplants, claiming they reduce air pollutants by up to 80 per cent. “The trend for bringing the outside in is still really popular, as more and more people realise the health benefits of adding a touch of greenery,” says Gillian Bush, the aptly-named greenlife buyer for Homebase.

As cities get more densely populated, we’ll have to increasingly rely on our parks for a taste of the outdoors as gardens will become more of a luxury. Some developments, such as Landmark Pinnacle in the Docklands, are trying to compensate for the drawbacks of lateral living by building gardens in the sky. At 75-storeys, the skyscraper will lay claim to London’s highest gym and loftiest roof terrace when it completes in 2020. There will also be a fully landscaped ‘garden square’ on

the 27th floor. Split into a playful, child-friendly East side and a soothing, aromatic West Side with views of the Thames, the flora and fauna will take its cue from local parks, while temperature controls and floor-to-ceiling windows that span 1.5 times the average ceiling height will be fitted to maximise natural light.

Project co-ordinator Rami Atallah says the decision to fill up lucrative space in the skyscraper with plants was partly to keep up with an increasingly competitive marketplace – “one developer puts a garden in, the next one feels they have to put a garden in” – but also we will have to come up with innovative ways to create meeting places in these ‘vertical neighbourhoods’. “Space is getting tight but people still want that quality of life,” Atallah says. “Our vision is about a sense of community; a lot more than greenery, it’s about creating an organic place where people can meet and actually socialise for real, not in a proscribed way.”

Houseplants aren’t just decoration; they’re for good for your health, your wellbeing and your social life.