Home Bathroom See the incredible mansions (and one bus) owned by the golfers like... 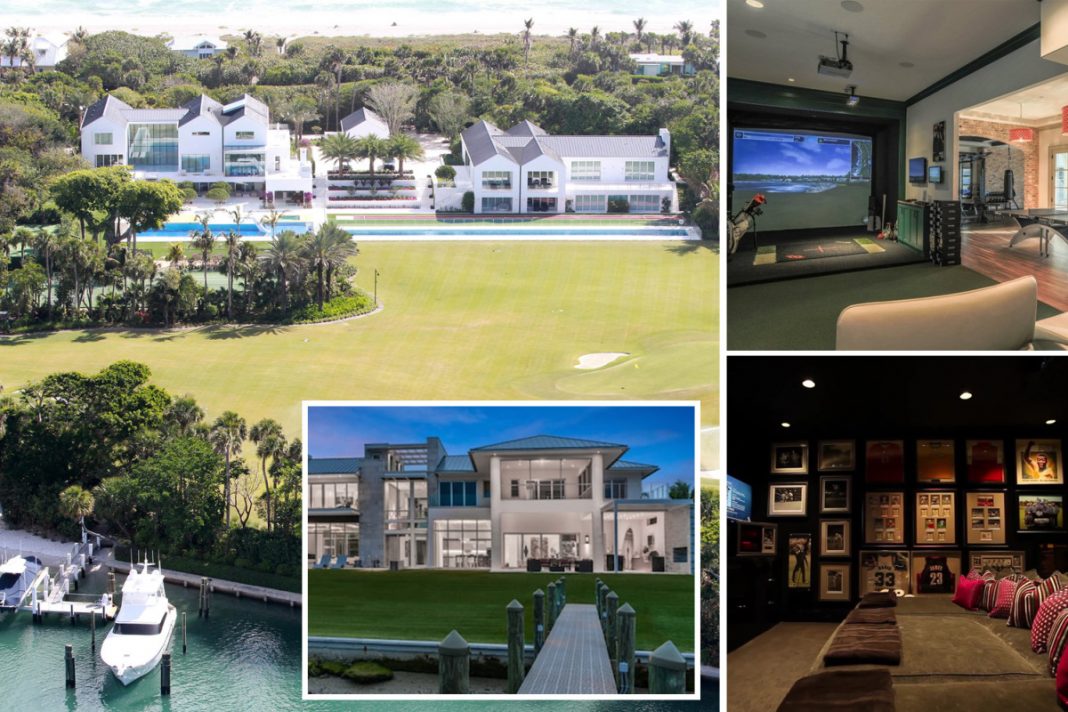 WHEN the Masters comes around there’s always a scramble among the players to rent the best houses available in the Augusta area.

But where do they retire to when the tournament’s over?

Join as as we go through the keyhole…

Not the house that he was chased out of by Elin, his 9-iron-wielding ex-wife, but the one that he was having built on Florida’s Jupiter Island just before his sex scandal destroyed his marriage and, for a while, his career.

The £41million property was completed in 2010, just as his divorce from Elin was being finalised, and it is 9700-square feet of pure luxury, featuring a huge gym, a cinema theatre and multimedia room, an oxygen therapy room, wine cellar and basement games room.

Outside there’s a 100-foot swimming and lap pool, a 60-foot diving pool, a basketball and tennis court, a spa and a large mooring for his boats too. Oh, and there’s a four-hole practice facility in the back garden too.

But does it have a downstairs loo?

That’s what we need to know.

Ryder Cup legend Poulter oversaw the construction of his giant pad in the gated community at Lake Nona where his neighbours, have included fellow pros Graeme McDowell, Justin Rose and Sergio Garcia.

It’s some gaff too.

With seven bedrooms and weighing in at 10,000-square-foot, the property is notable not just for its scale but for the three-bay garage built to the side of the house that accommodates Poulter’s seven-strong collection of rare Ferraris, worth over £3m.

It’s all about priorities, isn’t it?

Check out Fowler’s new pad in the golfer’s enclave that is Jupiter, Florida.

The no-times Major winner is reported to have paid a whopping £11m for the 11,000-square-foot, six-bed, nine-bathroom mansion which also boasts a private dock on the Loxahatchee River.

But the best bit?

Look no further than the mammoth par-3 hole in the front garden.

Just watch out for the next door neighbour’s greenhouse.

Rory’s also set up home in Jupiter, specifically in the Bear’s Club development, and he actually bought his house from fellow pro Ernie Els in August 2017.

It’s vast too, measuring around 12,800-square-feet and boasting seven bedrooms and 10 bathrooms (because you never know when you’re going to get caught short).

The main house, meanwhile, has all the usual luxuries that young, multi-millionaires tend to splash out on; recording studio, games room, gigantic pool and a home theatre.

Chuck in a separate guest house and you’ve got a lot of bang for your £8.5m.

When most elite golfers grow tired of their current house, they just tend to sell up and buy somewhere bigger.

The US Open champ has overhauled his house in Tequesta, Florida since he bought it in November 2015, the biggest DIY task being replacing the existing swimming pool with something that’s more akin to one of the Great Lakes than a pool.

He’s also had to rebuild the private dock for his boat too.

The 2016 Masters champ spent £6m on this ‘Iceberg House’ after knocking Tiger Woods off the top spot of golf’s money list – small change for someone who made £37m in 2015.

This five-bedroom pad in Dallas has a 12-car garage, an indoor golf simulator, a basketball court with digital scoreboard, outdoor swimming pool, wine cellar and even a designated ‘grill room’ for barbecues.

This huge property is dubbed the ‘Iceberg House’ – because it gets better the further down you go.

Woods set up sensational final round shootout against Frankie at Augusta

Gone are the days when The Wild Thing used to qualify for the Masters – he last played in 2006 – but that doesn’t stop him from still turning up each year in his enormous motorhome and flogging his own merchandise to a receptive audience.

The double-major winner’s 2007 Prevost Featherlite is 45-feet long and 14-feet wide and is a home from home as he travels across the country from tournament to tournament.