Welcome to Clean Sweep, news.com.au’s home organisation series featuring exclusive advice on how to declutter your home direct from Aussies who have spruced their way to success.

Peering around Ashlee White’s 50sq m Sydney home takes only a few moments, but the impact of her uniquely designed space leaves, lasts a lot longer.

About two years ago, Ashlee and her fiance Ben packed up their life, sold most of their possessions and moved into the tiny space, after deciding they wanted to live a more minimalist life.

The pair made the decision to downsize after a trip to Japan in 2017, where they experienced how simple life could be with less “stuff”.

“The houses in Japan were minimalist, organised and efficient,” Ashlee told news.com.au.

“We sold all of our furniture and moved into a small 50 square metre house.”

The move into a home less than the size of four standard car parks has also led to a new career for the 30-year-old, who has made a full-time career out of home styling using affordable finds and homemade pieces.

The couple’s house may only be small, but every inch of it has a purpose, and every item inside has a designated home.

“I would describe my home as a mix of boho and eclectic with a minimalist Moroccan twist,” Ashlee said.

The pair’s lounge, the Ikea Holmsund, has a large storage space inside where she keeps her spare linen.

“It also folds out into a double bed,” Ashlee said, explaining this eliminated the need for a spare bedroom for guests.

According to Ashlee, styling a restricted space was a challenge that required careful preparation.

“We chose a home with open-plan living, high ceilings, white walls and lots of windows,” she said.

“These elements combined to make a small home look and feel much larger than it actually is.”

But the stylish homemaker warned there were downsides to downsizing, which has forced her to create a strict rule to keep things under control.

“We have to be mindful when making new purchases as we have limited space,” Ashlee said.

“If we want to bring something new into our home, we have to sell or donate something else to make room for it.”

She now sees this as more of a positive, as it stops her from “purchasing anything on a whim”.

Designating spots for each item in her home leaves very little grey area when it comes to tidying up, she said.

“You know where to put things, rather than just dumping them wherever.”

Ashlee landed in the home-styling industry under unorthodox circumstances.

During a trip to Bali, in 2014, she contracted dengue fever, becoming so sick she was “totally house bound”.

With her immune system destroyed, Ashlee was forced to take time off from her work in the fashion industry and reassess her career path.

“It took me three years to be able to get back to a somewhat normal life,” she explained.

What started as a hobby to flex her creative muscles again would soon turn into a career, with Ashlee amassing more than 12,800 Instagram followers and 2200 YouTube subscribers in the last 12-months.

Ashlee’s YouTube tutorials are like something out of an avid crafter’s dream, offering step-by-step instructions to create beautiful handmade pieces.

In one video, Ashlee shows subscribers how to style a bookcase in four different ways, and in another, she expertly uses twine to cover a plain cushion in a macramé-style pattern with tassels.

Her DIY hacks are easy to follow, affordable and attract thousands of views — from revamping an Ikea coffee table with some Kmart adhesive vinyl to using linen and a staple gun to transform a Kmart bench.

Ashlee said she draws inspiration from her soon-to-be mother-in-law, Meegan, whose home is styled like something out of a glossy magazine.

“She has this gift of styling her home in such a way that you feel like you’re on luxury holiday when visiting,” Ashlee said.

“I believe a home should be your sanctuary, an inviting place where you can feel relaxed and inspired.”

One of Ashlee’s most popular DIY projects has been a pot stand she embellished with macramé.

Using a roll of $3 jute string and a hot glue gun, Ashlee covered the popular pot stands — available at Kmart for $6 — before hanging handmade macramé from them.

“It’s a very simple design that anyone can make. I’ve used very basic macramé knots, which are perfect for beginners,” Ashlee said.

“It’s definitely been my most popular hack. I’ve had lots of people messaging me pictures of their recreations of it.”

The finished result attracted praise from followers, one of them saying: “I would honestly pay for you to decorate my house!”

With no built-in pantry in her tiny home, Ashlee had to improvise and ended up with a solution that was “both functional but also visually pleasing”.

“It’s definitely the conversation starter in our home, and it’s always the first thing guests will compliment me on,” she said.

To create her pantry, she bought the well-known Ikea Billy Bookcase for $70 and got the optional doors.

“We chose the half-panelled glass doors as easily accessing all of our ingredients is a must.”

She then used a selection of $5 plastic steps from Kmart to layer her spice jars — which cost $5 for a pack of four from Ikea.

“I labelled the jars and containers with an old school vintage Dymo labeller,” she said.

“All of my containers were purchased from Kmart for under $50.”

“Start by having a clear idea of the style and colour theme you want to achieve,” she said.

The home stylist is a big believer in using whatever is lying around at home.

“You’d be surprised what a difference some paint can make,” she said.

“We use these cube seagrass baskets from Ikea to store our shoes in,” she said.

As a visual person, if Ashlee sees clutter, her “mind feels cluttered”.

“Having everything organised means that it’s very easy to keep clean,” she said.

If you’re planning on bringing something new into your home, Ashlee said it’s important to make space for it.

“Make it a habit to sell or donate something else beforehand so your home doesn’t become cluttered,” she said.

You don’t need a big budget to have a well-dressed home, Ashlee says.

“If I’m set on a certain style but can’t find a piece that’s within my budget, I head to Facebook Market Place,” she explained.

Share your home organisation story with the Clean Sweep team at cleansweep@news.com.au 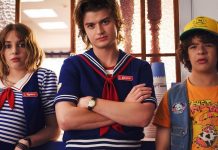 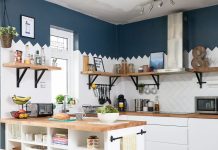 6 Easy DIY Crafts You Can Do At Home