Spring gardening season seems to practically be upon us, particularly after a warmer-and-drier than usual March and April.

It’s given plenty of Calgarians an itch to start planting.

But you’re better off listening carefully to John Duncan, the green goods manager and in-house horticulturist at Greengate Garden Centre.

His advice might best be boiled down to three words: hold your horses.

(There’s snow in the forecast for this weekend). 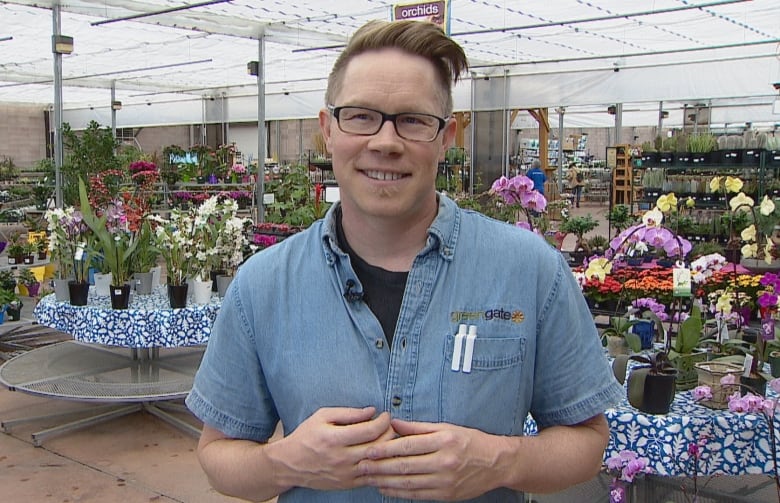 John Duncan, the green goods manager at Greengate Garden Centre in Calgary, recommends preparing your soil now for the growing season, which generally doesn’t start until after the May long weekend. (CBC/Julie Debeljak)

“This time of year, the best thing to do if you can is to do as much prep work as you can,” Duncan said in an interview with CBC’s Julie Debeljak.

“Do a lot of early spring cleanup, prep your beds while the temperatures are still cool and cold,” he added.

“Get everything ready so that when the time comes, you can get out there right away and do the fun stuff: plant the pretty flowers that everyone wants to do.” 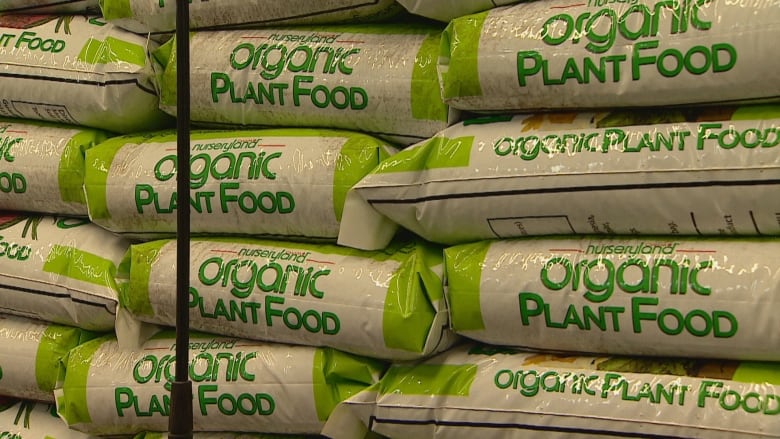 For Duncan, the early days of grow season should be devoted to feeding your soil.

“Get as much organic material in your soil as possible, in the form of compost, manure — those kind of things to enrich your soil,” he said.

Compost and other fertilizers will “improve the structure,” he added. “And then you have much better success when the time comes to start planting.”

“You can get it from the city, buy it by bags or in larger quantities from different gardening centres. But you want to enrich that soil whatever way you can, because our soil structure here in Calgary is very clay, so you want to add organic material to make it light and soft and more plantable,” he said. 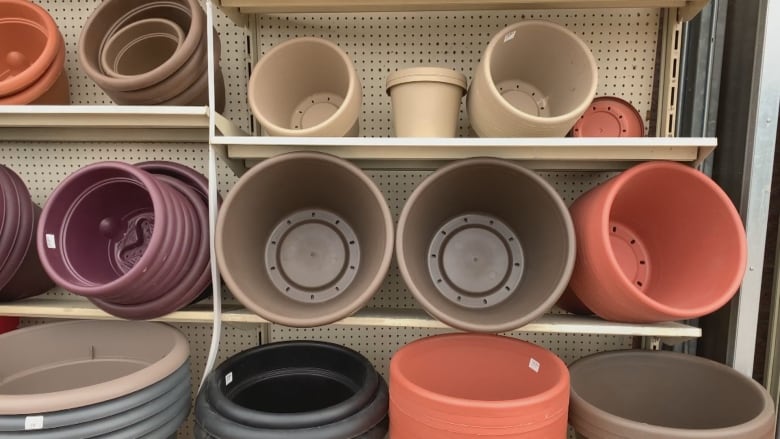 Planters vary depending on whether they’re for the garden or porch, or whether they’re used on apartment and condo balconies, where they may be exposed to high winds. (Julie Debeljak/CBC)

There are some plants and veggies that can handle the cool nights of early spring better than others, Duncan said.

“On the vegetable side, your cold crops — things like lettuces, spinach, radishes,” he said.

“Cabbage, kale, those things can be planted quite early, when the temperature is quite low  — not going too far below zero, but they can still tolerate going below a little bit of frost.

“For flowering, stuff like pansies, snap dragons can tolerate a little bit of cold as well — and then that’s it for early [planting].” Duncan pre-plants some things indoors to get a head start on grow season. (Julie Debeljak)

So what time is grow time in Calgary?

“That is the magic crystal ball, the $300-million question,” Duncan said.

“Most people’s rule of thumb is the May long weekend, but I would just look at the long-term forecast — at least a week ahead of time, nothing below zero, and then if something does go awry, covering [your plants] with towel, frost cloth, something to protect it,” he added.

“And then with those very, very tender things, like begonias, maybe waiting extra long — early June — until the chance of frost has completely passed, because they don’t tolerate that at all.”

Duncan sees a lot of excitable gardeners repeat the same mistakes over and over again.

“I’ve learned the lesson many times,” he said.

“Sometimes, you can gamble and try [to plant] early. You may not get a frost or the weather may not go awry on you, but sometimes, just waiting until that soft time [of warmer temperatures] gets you farther ahead [than planting early] — because those plants you planted farther ahead got a little bit of frost but didn’t kill them, sets them back and it takes them way longer to get them up and running than if they were planted at a more appropriate time.” 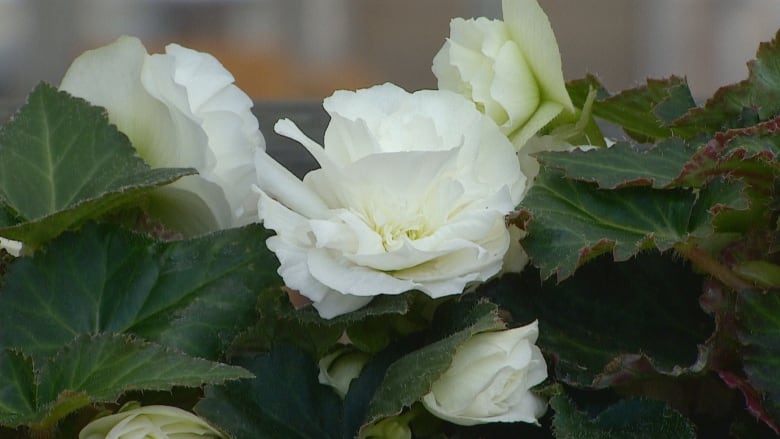 Duncan says it’s crucial that gardeners don’t try to anticipate grow season by planting a little bit too early, because it can set back everything. (Julie Debeljak/CBC)

Duncan satisfies his grow itch early in the year by pre-planting and keeping them inside.

“I do all my specialty weird little things I can’t get at gardening centres. I start ahead of time. I do that during the winter. It gives me that little fix of planting without actually having to deal with Mother Nature outside.

“That helps as well, and then you have a pre-start. Like I do all my first sets of vegetables, all my spinach, kale, and lettuce the first planting inside the house, so they’re up, and then they get to about an inch high, and I can take them outside.

“And then I start to seed directly outside after the chance of frost has passed.”

With winter weather in the forecast, Duncan doesn’t see any reason to change now.

“Always my biggest thing is soil preparation,” he said. “[It’s] the unsexiest part of gardening that people don’t want to do.

“Ideally you should be adding, on average, at least an inch or two to your garden, depending on whether or not it’s a vegetable garden — but you do want every year, even on established beds, to add something, just to enrich that soil.”

With files from Julie Debeljak.