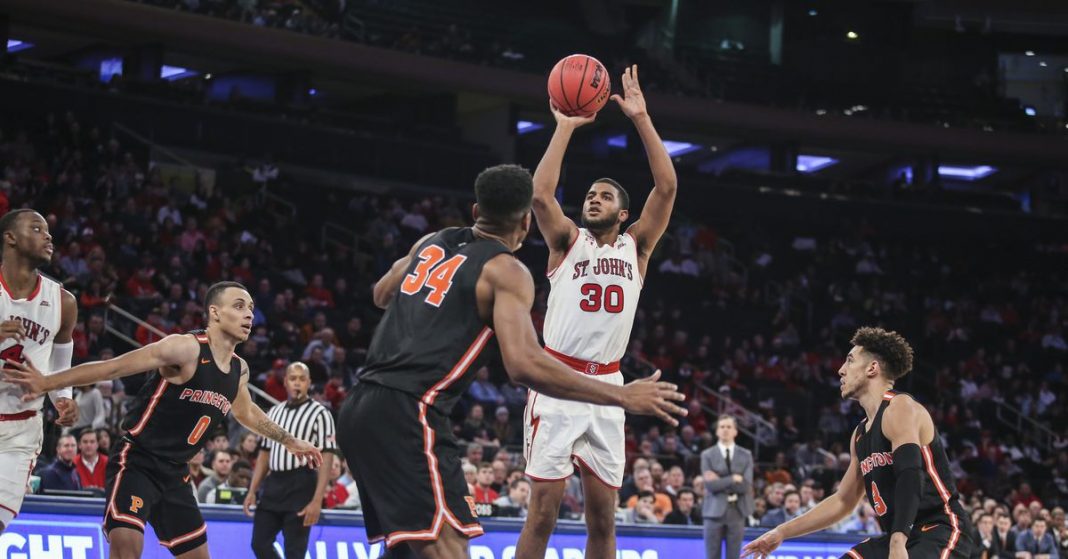 We now know the opponents St. John’s will face in the first season of Mike Anderson’s tenure. Duke may be off the schedule, Syracuse may not be back, but the state of Arizona is well-represented, along with two or three games against regular NCAA Tournament opponents.

The predicted quality of the schedule may not be far better than last year’s ended up being. The Red Storm faced a top-5 team, a VCU squad that was very good all season, a Bowling Green team that finished near the top of their league.

This year’s schedule features a number of likely “Quadrant 4” games, much like last season. St. John’s will also need to get past an Arizona State team that has defeated the Red Storm two years in a row.

Outside of the program, predictions for St. John’s are murky in the preseason. This schedule allows a few chances for the squad to prepare for an improved Big East, and a number of chances for wins.

What’s different? By the numbers

Number of Wildcats & Bears — 2 of each

Likely Quadrant 4 games — Last season: 8 | This season: 5-7 (depending on facing UMass and quality of Albany)

The preseason game will be against the Queens College Knights. The exhibition game on October 30 is against former coach Norm Roberts’ alma mater. They had some size last season. This year’s St. John’s squad, especially before the second-season eligibility of Ian Steere, will need to figure out how to contend with bigs.

Mercer Bears (228 in barttorvik.com’s preseason rankings) from the Southern Conference come in for the season opener on November 6. Mercer has been decent, but lose a number of players to transfer. With a new coach in Greg Gary and three seniors coming back who should lead the team, the Bears could be a challenge, but should be a very winnable opener..

The Central Connecticut State Blue Devils (346 in the preseason rankings from Bart Torvik’s site) come on November 9th. The NEC team is very young, with a roster of mostly freshmen and sophomores.

New Hampshire Wildcats (preseason rank 287) is an America East team that struggled mightily last season in the America East. They have had a pair of struggle years but will play a tough defensive style that can catch an opponent napping.

A tough Hall of Fame Tip-off game against Vermont Catamounts (preseason rank 90) is a step up in class on November 16 — a Saturday! Part of the Basketball Hall of Fame Tip-Off tournament, this game could and should be a treat. It’s against the likely winner of the America East, and a team stocked with shooting and veteran talent, with a veteran coach. This is the first game that should not be a gimme, and one that will raise the Red Storm’s profile if they can win it.

Wednesday, November 20 brings in a solid Columbia Lions team (ranking: 123) that sports four very good returnees. They have not yet put together a winning season under Jim Engles, but both coach and talent could surprise.

November 23rd bring the Red Storm out of Carnesecca Arena to play in Connecticut for the main bracket of the Tip-Off Classic. The Red Storm face the Arizona State Sun Devils (rank: 64) at Mohegan Sun and then a matchup against 31 Virginia Cavaliers (ranked 31) or Massachusetts Minutemen (rank: 281) on Sunday.

Arizona State is, apparently, St. John’s best frenemy, with the teams having met each of the past three seasons; both have been bouncing around the edges of national relevance with talented rosters.

National Champions Virginia lost a lot of guard talent, but have a strong system defense that is hard to crack, and good returnees — especially up front.

St. John’s wants to face the Cavaliers instead of the Minutemen, though with a better season they could be A-10 contenders. U Mass is looking for the combination of players that work under Matt McCall, and could be a difficult out.

The NEC’s Wagner Hawks (ranked 337) can be often tough. The squad comes from Staten Island on Saturday, November 30. St. John’s faced them last season but the roster has had a lot of turnover since last the two teams met.

In December, the Johnnies take on the Saint Peter’s Peacocks (rank 256) on the 3rd against in the MAAC, a team looking for an identity under second-year coach Shaheen Holloway. They will have some height but their scoring is a question mark.

After Saint Peter’s, the Red Storm spend the rest of December ramping up to Big East play. The first game of the season in Madison Square Garden is on December 7 or 8 against West Virginia Mountaineers (rank 32). WVU lost a number of players during the season and in the offseason to transfer and dismissal, but they will bring toughness, pressure defense and fouling. The game could be a thriller of competing styles… or a hot mess.

Tuesday, December 10, the Johnnies face the Brown Bears (rank 145). Despite losing star guard Desmond Cambridge to transfer, the Brown Bears have been building up to a challenge of the top four in the Ivy League.

After eight days off for finals, St. John’s takes on the Albany Great Danes (preseason rank: 155), an America East squad that could be much-improved, on Wednesday, December 18. Bart Torvik’s site is predicting a leap, and given Long Island-bred coach Will Brown’s consistency over nearly two decades, along with talent that cut their teeth last season, this could be a sneak-tough matchup.

December 21st’s game against Arizona Wildcats (rank: 18) in San Francisco is a wild card. The team should be good, but will depend on freshmen like Nico Mannion and Josh Green. Far from home, the game will be a strong ramp up for the season.