Home Garden How to take advantage of spring weather | Features 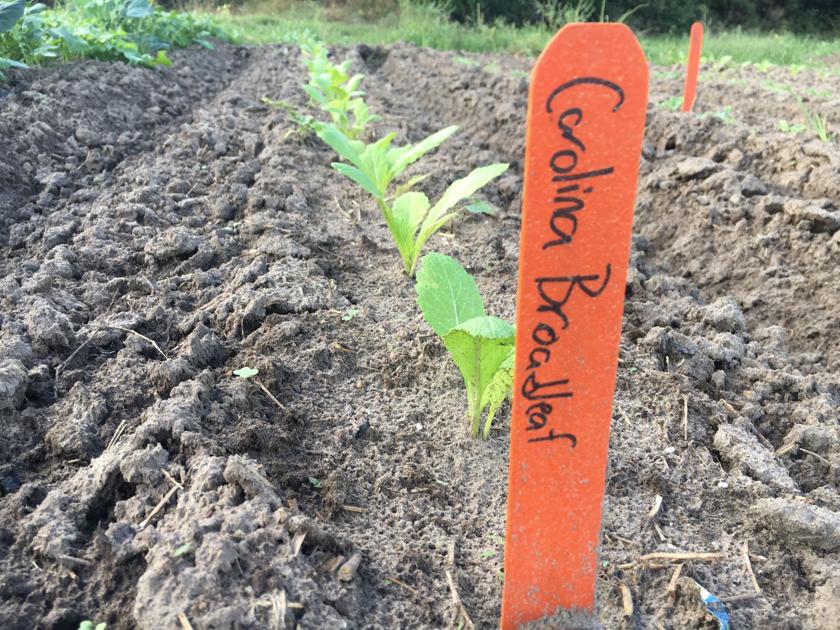 While the Lowcountry is still deciding whether to be warm or cold, gardening experts say that it is the perfect time for organizing.

Spring officially made its calendar appearance a few weeks ago in March. In that time Charleston has seen heat, wind chills and heavy rain.

The temptation is to pray for warmer weather as people view the heat as the ideal setting for yard work. Because of this, Petrowski has noticed that locals also tend to get ahead of themselves with planting around this time.

“People like to get impulsive,” she said. “One of the biggest mistakes people make is not recognizing that this is spring.”

Timing plays a big role when it comes to planting. Petrowski compares it to a person. If they’re accustomed to being in warm weather, they may not thrive in colder temperatures.

“And plants are the same way,” she said. “Plants have a wide spectrum, but it’s not that wide.”

Right now, South Carolina is still seeing some cold temperatures. Though the threat of frost is gone, there still haven’t been consistent warm temperatures at night.

Ideally, people should look out for consistent temperatures in the 60s at night, Petrowski said.

Zack Snipes, a county horticulture agent with the Clemson Cooperative Extension, advises people to also check the temperature of their soil with a temperature probe.

“Just because it’s warm outside doesn’t mean the soil temperature is optimal for that plant,” he said.

One way to check for the best time to plant is to look out for the plant date. Most purchased plants come with it.

But like a lot of things, there is a balance. If people wait too long to plant, then plants miss out on getting adjusted. Though the goal is to avoid cold nighttime temperatures, people don’t want to wait for intense summer heat, either.

A good time to plant summer and tropical plants would probably be around mid- to late April.

“If planted now, when the temperatures are mild, they can become well established before the weather gets hot, which increases the need for watering,” said Nancy Hart, an active member of the Charleston Horticultural Society.

Local residents should also use the mild temperatures to execute summer projects Petrowski said. She explained that a lot of people tend to wait for summer heat to do a lot of building and expanding.

The concern is that during that time a lot of focus is already placed on keeping plants watered. To avoid wasting plants, experts advise prepping projects first.

“Have it prepped, then buy your plants,” she said. “Because that’s what I’m doing at my home right now.”

Mild temperatures are best for putting these in the ground now:

This is also a great time of year to do cleanup and maintenance. Hart advises locals to focus on raking and removing things like oak leaves.

“They are not good for the soil because of their acidity,” she said.

She also advises residents to  cut back dead branches and get rid of weeds. For weeds, Hart and other experts say to avoid immediately using herbicides. The best thing is to pull them by hand first. This is also why mild temperatures may be ideal.

For weeding, Petrowski said she uses a tool called the CobraHead Weeder. The tool allows her to cut through the ground and get the roots out.

Some winter weeds are seeding now, so Petrowski explains that it is great to get them out as well.

“That’ll reduce the amount for next year,” she said.

Outside of removing debris, people should also be examining their soil and fertilizer. One mistake people usually make, Snipes said, is not testing their soil.

“I will not try to grow anything without a soil test,” he said.

A soil test can determine how fertile the soil is. The process can also give a person the Ph of their soil. Since plants have a certain Ph range, that knowledge is important. The right Ph balance can have a lot of impact in plant growth, he said.

“Just having the Ph right can really make a difference,” he said.

For fertilizing lawns, Hart said it is not the time to do that yet.

“Wait until early May when the grass has greened up sufficiently,” she said.

Petrowski emphasizes that the main thing locals should consider is being accepting of the mild temperatures. People should use this time to make preparations for the summer heat.

Until that time, Petrowski said we shouldn’t angle for summer temperatures now.