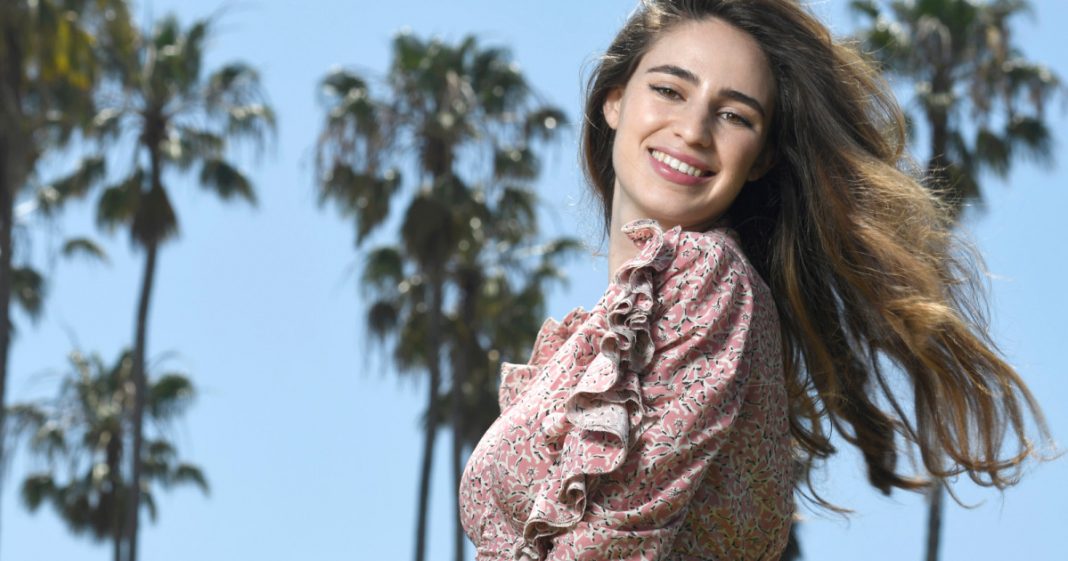 “I feel so much compassion for people who bullied me,” says Aija Mayrock. “I see that it’s all a cycle. They’ve experienced something in their lives and they are taking it out on someone else.”

Listening to her bravery and wisdom, I understand the world needs people like Aija, now more than ever. She’s an activist, artist, and best-selling author of the book The Survival Guide to Bullying, a deeply personal combination of stories, poems, and, most importantly, survival tips. (For example: “Repeat this three times a day: There is nothing wrong with me.”)

“When I first wrote the book, I was told bullying was an American issue,” says Aija. But after the book came out, it resonated across the globe, from Japan and Korea to Vietnam and Pakistan. “In those countries the subject was heavily stigmatized or wasn’t talked about,” she explains.

Aija has now spoken to more than four million people, from crowds at Madison Square Garden to being the opening speaker for the United Nations Summit for Girl Up, the gender quality division of the U.N.  She combines performance with poetry, intonation, and inflection, and her message touches upon bullying as well as misogyny, sexism, and body image.

“I hated poetry when I was in school,” she declares. “When I went on my book tour, I started performing parts of it. I started to understand it was easier to break the emotional wall inside myself through poetry.”

She’s developed a curriculum to use poetry and music to talk about things that students usually aren’t comfortable discussing, and it’s now being used in schools in New York, West Virginia, and Texas. The recent New York University grad is also willing to go into uncomfortable environments, such as facilitating discussions and workshops at Rikers Island, Manhattan’s main jail complex. Her next book will come out in 2020, featuring poetry about Aija taking charge of her voice, embracing vulnerability, and standing against sexual assault.

Aija was born in New York, where she got bullied at school when she was just eight years old. She stuttered. She had a lisp. She was a creative kid. Her body didn’t fit the norm. She was physically and verbally bullied by both boys and girls.

Aija came to Santa Barbara when she was 13 years old, but the harassment didn’t stop. It actually increased through the internet and social media channels. A student back in New York, whom she never met, dressed like her for Halloween, and she even got death threats. “Through therapy, speaking to my parents, and writing,” she admits, “ I was able to overcome this.”

Aija imagined the book she always needed and sat down to write it. “It validated the feelings I had,” she says of finding her voice. “I wanted to write something that can reach a lot of people. It became like a diary.”  The Survival Guide to Bullying was self-published, but was bought by Scholastic a month later.

Aija graduated from Anacapa School, where she did not encounter bullying, and is grateful to the environment that Santa Barbara provided. “Coming from New York, where kids grew up so quickly, it felt like an endless childhood,” she explains. “Here, there’s an opportunity to explore your hobbies and passions.”

She recently designed her own swimsuit for the brand Summersault and is featured in their ad campaign. “The swimwear aims to be inclusive of all women of all body sizes,” Aija spells out. “They pick women who speak out their truth and power.”

What is your idea of perfect happiness?
Being so personally fulfilled that I am not validated by my job, success, or anyone else’s approval. I think that level of self-fulfillment would be perfect happiness.

What is your most treasured possession?
My notebooks that have my writing in them since I was eight years old.

What is your current state of mind?
To be fully present, enjoy every little moment, and fall in love with the journey of life.

Where would you most like to live?
Either New York or California. I’m split on that one.

What is the quality you most like in people?
Being fully present in conversation.

What do you like most about your job?
How untraditional it is.  One day I might be sitting home writing all day, the next day I may be shooting a project, and on another day I could be speaking at a venue somewhere in the world. My job has constant change and a creative flow to it. I love that about it.

What is your greatest fear?
Not taking full advantage of the opportunities and experiences that life has to offer.

Who do you most admire?
I most admire my parents because they are the epitome of what I hope for both personally and professionally in life.

What is your greatest extravagance?
Living in New York.

What is the quality you most dislike in people?
Being disingenuous.

What do you most value in friends?
Loyalty and trust.

What is your most marked characteristic?
My hair.

Which words or phrases do you most overuse?
“Absolutely.”

If you could change one thing about yourself, what would it be?
I would be more content in my work and my journey. I never feel satisfied in what I’m doing. I believe I can always be better and do better.

Which talent would you most like to have?
A great singing voice

Who makes you laugh the most?
My family.

What is your motto?
What will you do with your one wild and precious life?

On what occasion do you lie?
If I’m speaking at an event or working in some capacity and I’m exhausted — I will always lie and say I’m energized and excited. Keeps morale up!