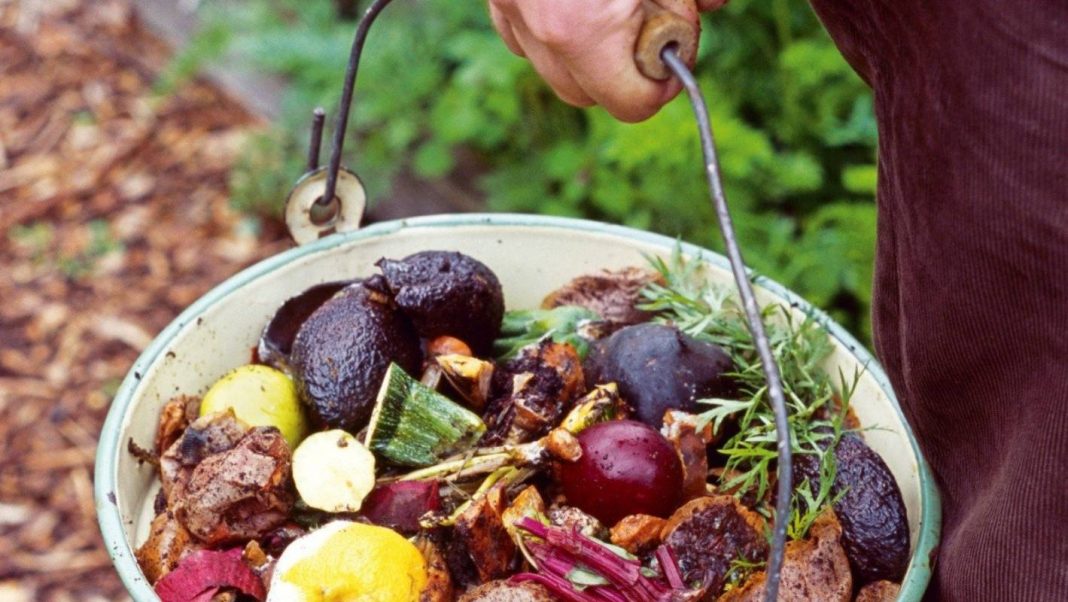 Every day, Joan Hinton takes between one and two colanders of kitchen scraps to the worms living at the back of her small inner-city Wellington garden. Just down the road, early education teacher Chandra Littlewood can be found turning the handle of her preschool’s new compost tumbler.

Both women are part of an ever-growing number of New Zealanders who want to make good use of household food waste. Rather than have this waste going to landfill, where breaking down without oxygen it releases the harmful greenhouse gas methane, Joan and Chandra prefer to have it nourishing the soil beneath them.

Composting in small places can have its challenges but none are insurmountable, as Joan and Chandra reveal.

With a garden only big enough for a pocket of silverbeet, herbs and a handful of shrubs, Joan says she has the worms not so much to produce compost for her soil but “as a productive way of getting rid of organic waste.”

READ MORE:
* DIY project: in-ground worm farm
* How to build a rotating compost bin
* Kid’s guide: what you can and can’t put in the compost heap

Too small for a compost bin, the garden easily houses two worm farms, which Joan just loves. “They chomp through everything,” she says. “Well, we don’t give them lemons, onions, corn cobs and avocado stones – though we do give them eggshells whole.”

Joan, a retired science teacher, says the shells combat any acidity. “Apparently potato peelings are not good either, but we find the fungi and bacteria get to them first, then the worms finish them off.”

Maintenance is minimal – and easy, she says. “If it gets too much moisture it may start to smell a little sour so I put on a pair of rubber gloves and stir it up a bit to aerate it.”

The castings and black sludge (which she dilutes first) is spread over the tiny garden every two to three months.

If there was ever proof needed of how much compost a garden can absorb, then look only to Moriah Kindergarten in downtown Wellington, where the daily leftovers of 26 children are turned into compost and fed to the institution’s handful of planterboxes and pots.

Teacher Chandra Littlewood explains how the existing worm farm was unable to cope with all the bread and citrus remains. “Worms don’t like them. I was having to bring it home to put in my own compost,” she says.

Extra help was definitely needed but with only a very small concrete playground shared with the local community, a compost bin was out of the question.

“We couldn’t have one in the ground as it is all concrete. Also, we didn’t want anything that might attract rodents, so we recently invested in a rotating compost.”

Walking to work every morning through Central Park, Chandra gathers leaves, twigs and the like for brown matter for the bin. (Food scraps are considered green matter, and a 1:2 balance between brown and green is needed for efficient decomposition.)

In a tidy circle, the compost and wormcasts are fed to the planters, in which predominantly grow vegetables for the numerous kindergarten celebrations and events throughout the year; and flowers, which the children really wanted to grow.

While composting, bokashi and worm farming all break down organic matter, how they do it differs. Whatever the method however, all are easy to use.

WORM FARM
Worms are nature’s composters, eating through the kitchen scraps and passing them out the other end as worm castings – rich dark compost.

PROS
• Can be as simple as a cardboard box or as fancy as a bought one, which may have several layers of trays and a tap for draining off the nutrient-rich worm pee, or tea as some call it.

• They don’t take up much room but are definitely best kept outside or in a garage or shed, and in the shade. There are no ongoing costs, apart from obtaining more worms should you kill them.

CONS
• While they ever-so efficiently consume a wide variety of materials – including paper and cardboard – they do not like citrus or onions (and some say no meat, oil, dairy, eggs, bread, or spicy or cooked food).

• Don’t underestimate the sense of responsibility of caring for the worms – they can die of overheating or the cold, or even drowning if the liquid is not removed. (Some say this caring is a pleasure thus a plus, mind!)

• Rats, mice and fruit flies will be attracted to the food in the bins so they will need to be kept securely closed.

• Tiger worms (not earthworms) are used in worm farms, as they like organic matter which is decomposing (which earthworms don’t).  Chopping up the scraps before adding to the bin will make their job easier.

TRY
• The New Zealand-designed and manufactured Hungry Bin, whose unique design puts an end to fiddling with emptying trays. It’s just a continuous flow of the scraps in one end, and the worm cast out the other.

• An in-ground worm farm, which is buried with only its lid visible above the soil, making it a more attractive option for small gardens when space is at a premium. Being buried keeps the temperature from extremes which worms don’t like.

• Mitre 10 has instructions online for one made from three stackable trays with holes drilled in the top two.

​BOKASHI
A fermenting process whereby the organic matter is inoculated with beneficial organisms (usually in the form of a treated bran) and then broken down anaerobically in an airtight container.

• It doesn’t take up much room. Just two or three buckets, which can be kept inside as there is no smell (if they’re working properly).

• Almost any food scraps can be added.

CONS
• Ongoing cost is the inoculated bran. Though you can make your own, the process sounds rather complicated.

• Liquid must be drawn off regularly, hence the tap, else the bokashi smells, and the liquid must be used within a day or so, else it starts to smell too. (On the plus side you have a regular supply of liquid fertiliser.)

• After filling one bucket you need to put it aside for 10 to 12 days before emptying it (hence the two buckets). Rather than a decomposed product, you end up with a pickled lump which must be buried in fallow ground as it is acidic at this stage and may burn roots. It will take about a month to break down completely. Apartment dwellers with planters might find themselves overrun. (Although initiatives, such as Auckland’s Food Waste Fairy, collect and empty bokashi buckets.)

• As such, it cannot be spread around specific plants as can compost or worm casts.

• A DIY option is two buckets with lids and taps, and a mesh arrangement set inside the buckets a centimetre or two above the tap outlet to let the liquid separate from the solids.

TUMBLER COMPOSTERS
Composting works aerobically, with bacteria, fungi and other micro-organisms breaking down the organic matter. Regular-sized compost bins are usually too big for apartments, courtyards and other small gardens, which is where compost tumblers come into their own. Just pop the scraps into the sealed chamber, and give it a whirl now and then.

• They don’t need worms to work. In fact, the heat generated may kill any.

CONS
• Two or at least one with a dual compartment is needed – one to put the scraps into while the other one decomposes.

• When full, they can be quite heavy to turn – though the flipside of that is that turning them is good exercise. (Electric versions are available overseas but not here yet, it seems – as are stylie, sculptural ones for the aesthetics-conscious gardener.)

TRY
• Green Nut’s 160-litre model is a great size for urban gardens, plus it has two chambers.

• Or if you’re handy, you can make your own with a barrel or drum.