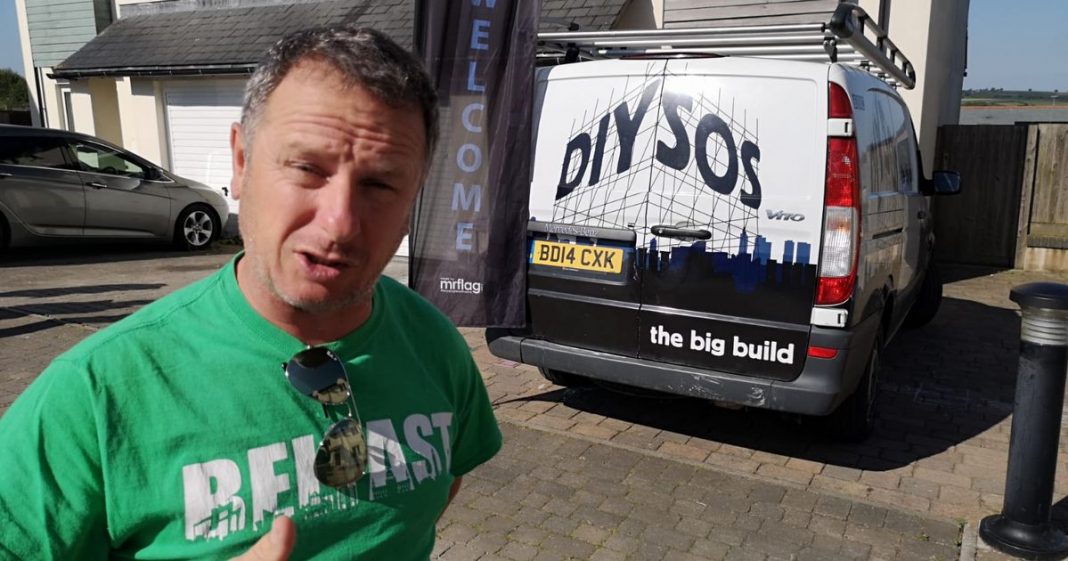 The heartbreaking story behind a new DIY SOS project in Devon has been revealed.

The team behind the hit BBC show are in North Devon today meeting with tradespeople who will help them with the project, which is described as being in the Barnstaple area.

There are stories of hardship and struggle behind all episodes of the show – and this one is no different.

Although specific details remain under wraps, tradespeople and show crew members were able to share some information about the project.

The team were contacted to see if they could help couple Lucy and Yann whose children require intensive medical assistance.

Mark Millar, project manager for DIY SOS, said: “This family are spending most of their life on the motorway travelling up and down dealing with dialysis.

“They have triplets and out of those three, two of the children have to have dialysis on a regular basis.

“We’re trying to take this house and turn it into something that actually works for them so they don’t have to be spending so much time away from the other children.”

The team is still on the hunt for skilled people to come along and help with the transformation.

Mark said: “It’s not us at the BBC or Nick Knowles or Billy, Chris, Jules and myself who are doing this here, it’s you and your local community that will turn this round and make it work.

“It’s an amazing project to be involved with, come and join us.”

The work itself will be carried out between July 23 and August 1 with builders, plumbers, electricians, landscapers, tree surgeons and many more from across the south west signing up to help.

Among them is Sam Raymont of Switched On Electrical, who live just a few yards away from the house in question.

Sam said: “I live a stone’s throw away from the customers and know Lucy and Yann well.

“It’s really sad about the girls and I just wanted to help really.

“I don’t know how much they know about what we are doing so I don’t want to say too much but I think it’s going to be quite intensive.”

Jeremy Bridgman of J&A Security Systems also decided that he wanted to help out with the project.

He said: “An email came through that there was this project going on in the area and it’s something we’ve never done before.

“It’s our 10th year of business this year so we thought we’d give something back to somebody who needs something.

“We’ve watched the programme before and a friend of ours has done work for them before and they said it’s really good to get involved for the satisfaction you get at the end, the smiles on the people’s faces.”

Trades people can get more information by emailing [email protected] as soon as possible with your trade, availability and telephone contact details.

It’s not the first time the DIY SOS team have undertaken projects in Devon.

In May we reported how the show had organised work at the Torquay home of Stuart ‘Legsy’ Philp, who has Multiple Sclerosis, and his blind mum and carer Lin.

While the pair said they were extremely grateful to the show, they also said the work didn’t turn out quite as they had hoped.

A planned extension to the rear of their home was not able to be built, leaving the family cramped into a small space.

Stuart, 44, who is increasingly disabled by MS, said: “Don’t get me wrong – it’s lovely. We are so grateful and we don’t want to sound greedy.

“Lots of things they did were amazing – especially repairing the end wall in the kitchen which was in a terrible state.

“But they had to squeeze everything into the existing small house space and house three people where there had been two. It’s not the BBC’s fault.

You can read the full story here.