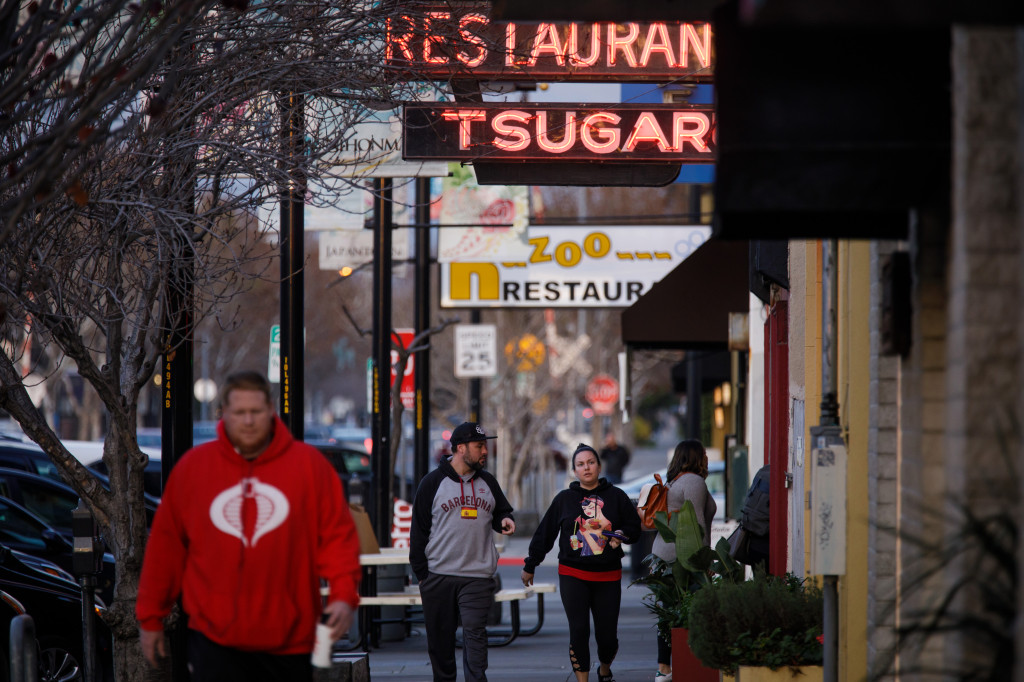 Japantown Immersive was such a fun and successful celebration of San Jose Taiko’s 45th anniversary last year that the group has brought it back for another go. But this time, Saturday’s free street celebration will encourage the crowd to be more than spectators.

Visitors will be invited to karaoke, dance in a flash mob, create their own DIY art projects and even compose a taiko song. San Jose Taiko Artistic Director Franco Imperial says it was a natural evolution to focus the event on the community’s collective creativity, especially in a hub for artistic expression like Japantown.

“I hope this year’s event reminds us of how valuable and enjoyable it is to make art with others in the community,” he said. “It’s a way for us to connect.”

The festivities officially begin at 4:30 p.m. at the corner of Fifth and Jackson streets, but the party will really start about 45 minutes earlier when pedicabs loaded with taiko drummers lead a bike parade from San Jose Taiko’s studios at 150 S. Montgomery St. (near Diridon Station) to Japantown.

So what can you do? Artists Genevieve Santos of Le Petit Elefant and Corinne Okada Takara will be leading DIY projects, 7 Bamboo will host karaoke at the mobile SJZ BoomBox stage, Kyle Abbott will provide lessons on the Japanese shamisen — a banjo-like instrument — and budding artists can add their creativity to a community mural hosted by The Arsenal.

There also will be taiko performances starting at 5:30 p.m., a headline performance by Big Yuki at the BoomBox Stage at 7 p.m. and a closing dance choreographed by the Get Down Dance Studio at 8:15 p.m.

Get more information at www.taiko.org/japantownimmersive.

If you’re wondering, the event got its start as 408 Day when it was first held at the downtown arts enclave Local Color. But 4/08 falls on a Monday this year, prompting a new date and a new name for the celebration.

RAISE A PINT: San Jose’s Camino Brewing Co. will celebrate its first year at 718 S. First St. with an all-day party starting at noon Saturday. Co-founder Allen Korenstein says they’ll be opening up their back parking lot and other adjacent spaces to accommodate the festivities, which will include performances by Socorra, Feelosophy, Alan Frenz Band and the Tens, along with modern Filipino cuisine by Barya Kitchen and Mexican bites by Mollie’s Catering. And you can bet there’ll be plenty of beer, too.

ADJUST YOUR PLANS: Campbell was planning to launch its First Friday music series this month, but the wet weather expected Friday means the tunes will start in May. But things are still looking good for the Second Saturdays art walk to go on as scheduled next week. (San Jose’s South First Fridays art walk is a go this week, rain-or-shine, and you can get that lineup at www.southfirstfridays.com.)

And if you were hoping to enjoy some old-school arcade gaming this weekend, you’ll have to hold on until summer. Rockage 8.0, the video game and music fest planned for this weekend at LvL Up in Campbell, has been postponed to June. However, the game swap planned as part of the fest will still take place at 11 a.m. at LvL Up.