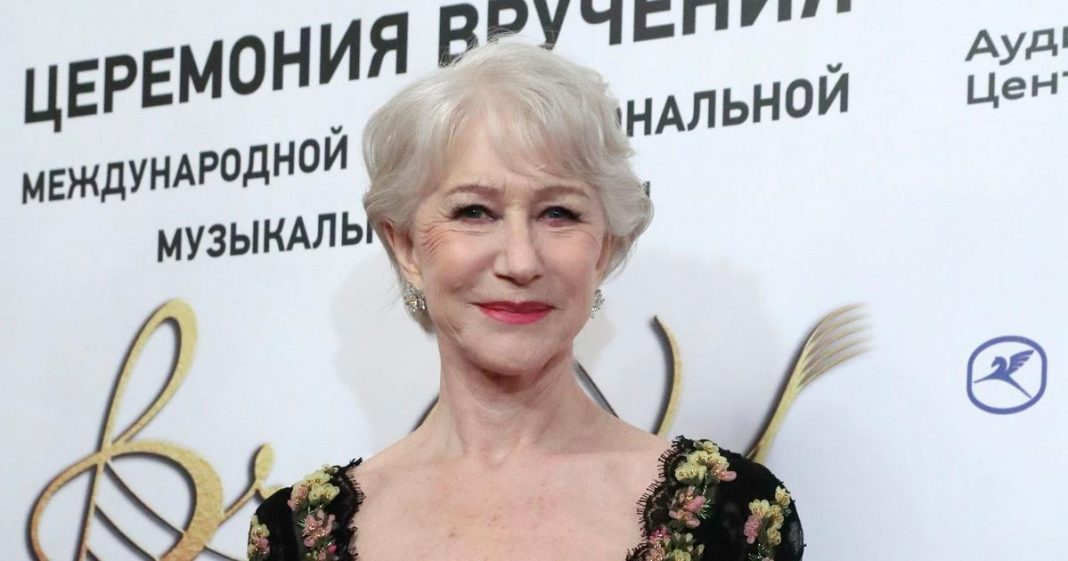 Helen Mirren is still a cut above the rest.

While appearing on the British daytime talk show “This Morning” on Friday, Helen, 73, shockingly admitted that she’s been known to use kitchen tools to style her hair, often giving herself a trim over the kitchen sink.

“I said to my brilliant hair guy here, Stefan, ‘The cut I have right now, Stefan, is something that I did with the kitchen scissors about a week ago in my kitchen,'” the Oscar winner said. “‘So you know, maybe you could clean it up a bit for me?’ So yes, I do cut my own hair.”

Clearly, Helen’s beauty regimen is far different from that of her peers.

“I have an issue with the word ‘beauty.’ Sometimes I clean up nice with a lot of help … So I want a new word instead of ‘beautiful.’ I think ‘being’ is a good word. My being tip is really to be curious and interested in other people and not think too much about yourself,” she said. “Give your attention to other people and that has a way of making you, if you like, more beautiful in many ways.”

Despite her DIY haircuts, one thing that Helen isn’t as willing to sacrifice on is her makeup, telling the morning show, “I don’t like the look of myself without makeup at all.”