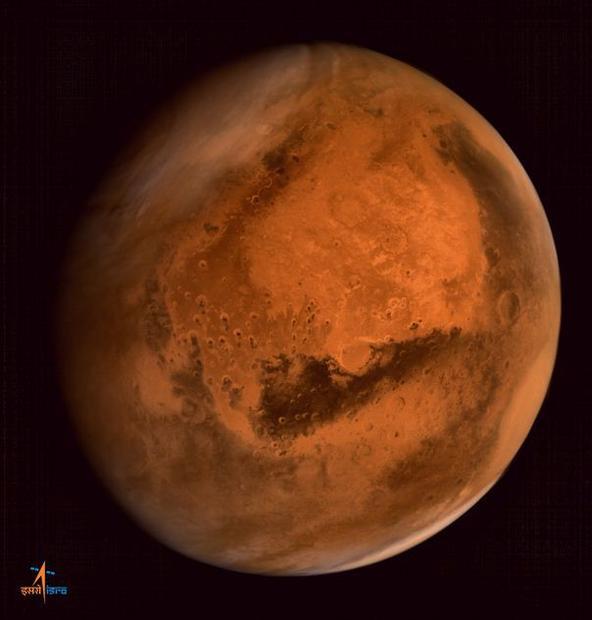 The Martian DIY buildings, called Marsha by their designers AI Space Factory, are to be built by rovers with industrial-scale 3D printers and be ready to live in when the tourists from Earth arrive. They contain a full suite of amenities, including living and sleeping quarters, a lab, kitchen and garden space.

There’s another very interesting practical side to this idea. The materials for construction will be sourced from Mars. Construction materials include biopolymer, basalt fibre, and “renewable bioplastic” sourced from plants grown on Mars.

The higher, freestanding design is a departure from the more bunker-like conventional designs. These buildings are designed to manage structural stresses and maintain atmospheric pressure. An internal shell protects the inhabited spaces from expansion and contraction caused by the very high temperature variables on Mars, which will cause expansion and contraction of materials.

This independence of resources is a far more efficient approach to the obvious materials supply issues for Martian landing parties. Sourcing construction materials from Earth would be a laborious and incredibly expensive process. Dependency on Earth for such basics could also put the Martian landing parties at risk if they couldn’t carry out necessary repairs or needed specific materials.

The idea also has value down the track, when permanent inhabitants arrive on Mars. A DIY Martian colony could be reasonably self-sufficient, and therefore a lot safer, able to manage on its own to a very large extent. The economics of a working Mars colony has been a subject for debate for decades. The ability to self-manage is definitely the best option to ensure viability and minimal dependency on Earth for essentials.

The next logical developments from this basic position are all about the scale of capabilities for the Martian bases. Clearly, ensuring a broad spectrum of sustainable food and the ability to manage and recover from any setbacks with local resources is a healthy natural progression from this start. The ability to create new structures will also meet an obvious need for future expansion.

So far, Marsha is an excellent solution to a vast range of otherwise almost impossible problems. However, this isn’t Earth. There may be other problems which simply aren’t visible at this point. I don’t want to over-value or overstate a few possible risks which may or may not eventuate:

• Materials contamination: The ubiquitous Martian dust is literally everywhere, all over everything on Mars. This superfine dust could contaminate construction materials, adding micro stresses if it mixes with the building materials. This could involve a large, unwanted addition of almost invisible microparticles which also have a notable tendency to stick to surfaces.

(3D printing chambers are typically sealed, so this may not be an issue. The adhesive properties of that damn dust, however, particularly in accumulations on building surfaces, may have some ramifications over time to the larger structures, too.)

• Martian dust peculiarities: One big dust storm could sandblast a lot of material on to the buildings. The dust could be abrasive, and it’s small enough to enter the smallest gaps. The dust should be considered a health hazard by default, and detecting and sealing any gaps should be a high priority.

• Building life spans: All buildings have life spans. How long can Marsha buildings survive? This is important because a decaying habitation isn’t an option on Mars. Low gravity is a plus for reduced stresses, but the unrelenting high radiation levels may have an impact and stress the buildings over time. Radiation-immune spray-on sheaths may be an option? An extra layer of the proposed materials or a minor variation on them, not big, or heavy, could be enough.

Meanwhile – Let’s recognize Marsha for what it is – The first human habitation to be built on another world. It’s a huge achievement, particularly at a time when so many human non-achievements are such dreary constants.

This opinion article was written by an independent writer. The opinions and views expressed herein are those of the author and are not necessarily intended to reflect those of DigitalJournal.com