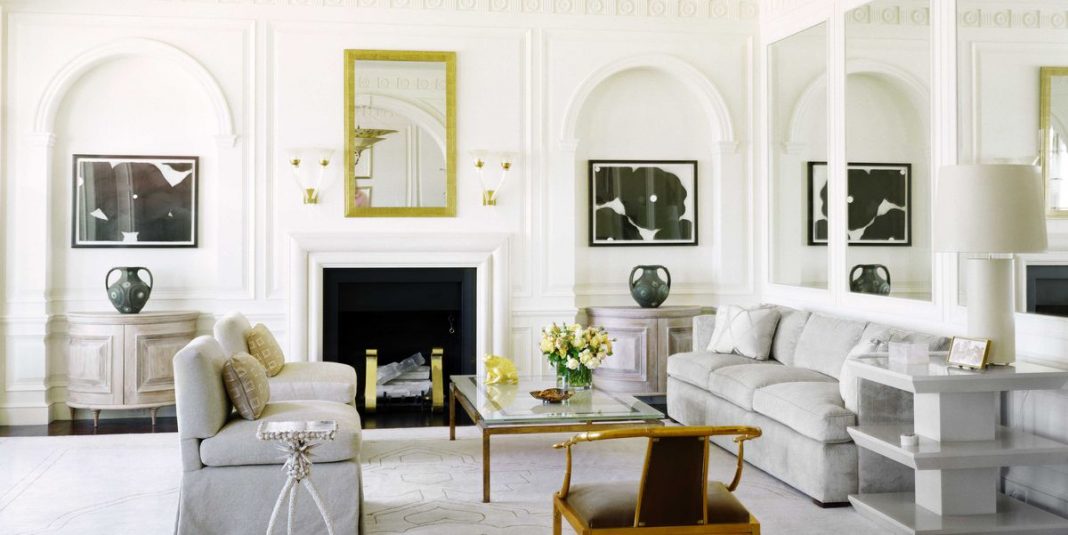 How is it that the white section of the paint store is bigger than any other color’s? Because every space needs a different type of white, says designer Nicole Gibbons. “White is the hardest color for most people to pick—there are so many options,” says Gibbons, who recently launched her own paint brand, Clare, that offers just three variations—a warm, a cool, and a neutral. Her advice? Consider your light. “For a north-facing room, you’ll want a warm white to balance out the cold light,” she says. “In a south-facing room, cooler whites counteract the yellowness of the bright sunshine.” And when the light’s just right, fall back on a neutral white.

Need some inspiration? Read on for designer-approved shades and how to use them!

This neutral white is designer Timothy Brown’s go-to when the decor skews modern, like in this Hamptons project: “It’s crisp, but it has depth.” A neutral white is also perfect for showcasing art. “There’s a reason why galleries use pure white—any undertone will make the wall color noticeable,” says Gibbons.

Since whites often appear yellower with a lacquer finish, says Katie Lydon, steer clear of creamy tones if you’re going the high-gloss route. A true neutral white like this one is a safer bet. “It looks cool on the chip, but actually has a nice glow to it,” says Lydon.

“It’s bright without being stark,” says Jeffry Weisman of his pick for a client’s Bay Area apartment.

“For a room that’s more rustic or traditional, I like a warmer white,” says Timothy Brown, who used Snowfall in a Bridgehampton project. “Instead of creating contrast with the furnishings like a stark white would, a warm white tones everything down a bit and makes the space seem more cohesive.”

A perennial decorators’ favorite, White Dove softened the lines of a beachside Malibu cottage designed by Christine Markatos Lowe. “This creamy shade balances out blues reflecting off the ocean,” she explains. “The white helps scatter the light throughout the house; the effect is dazzling!

“It has just the right amount of warmth,” says designer Alison Pickart of this creamy tone, which she used to lend coziness to a high-ceilinged 1930s penthouse in San Francisco. “I loved the color so much that I’ve used it in every project since!”

While designers warn that certain cool-toned whites can be antiseptic, in the proper setting, they have a crisp elegance. Look for a touch of gray to keep things from getting too chilly, advises designer Kelly Giesen, who painted her Manhattan apartment in Benjamin Moore’s Paper White. “It’s incredibly soothing,” she raves.

You should also keep in mind that what’s outside a room can matter as much as what’s in it, says Gibbons: “White paint will always reflect the environment around it, so if you have big picture windows overlooking lots of trees, expect some of that greenery to come back into the room.” This icy white with a blue-green undertone was Susan Noble Jones’s key to reinvigorating a sun-filled New Orleans house.

Will Yip Works Harder Than You

Peres mixing it with the boys ahead of world title tilt

Kick up your part-shade garden with easy-care perennials