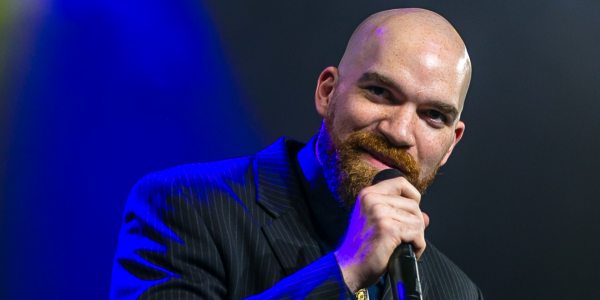 An artist and their co-writers/producers spend a LOT of time together during the music-making process, and forging that successful working relationship doesn’t happen by chance. In the studio, friendship, mutual respect and strong communication skills are key to fostering the creative process.

These essential elements of collaboration were on full display at the Member Mix Listening Session hosted by the Recording Academy Nashville Chapter on June 25. Artists Lauren Daigle, Parker Millsap, The Brummies, Nicole C. Mullen and Kathie Lee Gifford all sat down with their creative partners during the session as Entertainment One Vice President and General Manager Gina Miller led them in discussing the creative process surrounding a focus track from their latest projects.

The conversation took place in a large control room at Nashville’s Welcome to 1979 studio with vintage gear, reel-to-reel tapes and a massive vinyl collection providing the backdrop. The informal feel of the evening and familiar surroundings of the studio allowed everyone to drop their guard and give attendees an intimate look at how these creative relationships really work.

Here are some lessons from the session that apply to anyone currently engaged in musical collaboration:

Use Music to Cope with the Music Business

As a small town Louisiana girl, Daigle felt like she was losing herself in the stress and constant motion of the music industry. She’d just performed on her first award show and taken home three trophies. Coming off the adrenaline of that experience was disorienting for Daigle. The next day, she ended up talking about it with her collaborators, Paul Mabury and Jason Ingram, during a writing session, and they helped pull her back to reality.

The song they wrote that day, “You Say,” later became Daigle’s first top 40 pop hit.  The creative relationship with Mabury and Ingram continues to keep Daigle centered as her career keeps on skyrocketing.

Don’t Stifle the Creative Process Before It Begins

Millsap wanted to play electric guitar on his new album, Other Arrangements, after making a name for himself as an acoustic artist on his first three albums. Initially, he got no resistance from his producers, Gary Paczosa and Shani Gandhi, when he first told them he wanted to change up his sound, or at least that’s what he thought until he sat down with Gandhi for this listening session. She admitted she gave him “quiet resistance” throughout the recording process.

Gandhi said, “He’d want to track with the band on his electric guitar, and I’d be like, ‘Why don’t we try this on acoustic?'”

Millsap appreciated Gandhi’s subtle approach at getting him to refine the electric guitar sounds, as heard on the sultry, soulful track they played, “Tell Me.” The results were a success due to open-minds from everyone, and a delicate but strong team effort.

“It never felt like, ‘That’s bad! You can’t play electric guitar!'” Millsap said. “It was always something way gentle.”

The Brummies’ working relationship with their producers Austin Jenkins and Jarrad Kritzstein grew naturally out of their shared love for the same music and the same alcohol. They all hit it off after getting together to write a few songs, and now they’re all working together to make The Brummies’ upcoming studio album.

“It’s been so fun,” Kritzstein said.” I think you can hear that in this new record.”

This group’s idea of “fun” includes spending an hour in the studio hashing out how many milliseconds they should allow for the fade out on their new song, “Tomorrow,” which they played in the session.

Band member John Davidson said, “It’s good to have people who are understanding. I get that you can be too precious about something, but this is just the very detailed work of people who care. Everybody’s really listening.”

Kathie Lee Gifford and gospel artist Nicole C. Mullen had a rough idea of what they were going for when they set out to record a demo of their 11-minute modern oratorio “The God Who Sees,” but the concept was still fluid when Mullen stepped into the booth to flesh out the piece, which includes a mix of singing and spoken word. Based on Gifford’s background in musical theater, she sensed that Mullen could go in and deliver the song on the fly, but Mullen wasn’t so keen on the idea. Gifford recalled, “She goes, ‘I don’t do that.’ I said, ‘Well, you haven’t done that, but you can do that.'”

Mullen trusted Gifford’s vision and went in to record the song with producer Sal Oliveri following along on piano. They ended up performing 95 percent of what you hear on the final track right there on the spot.

Gifford credits divine inspiration for this breakthrough. She added, “Nicole was simply magnificent. I came from a completely different world from hers, and we find out that our common ground is sacred ground.”

Work whenever and however works best for the artist

A big part of Daigle’s successful working relationship with her co-writers and producers, Mabury and Ingram, stems from with their willingness to work outside Nashville’s normal studio hours.

Daigle said, “We don’t start doing vocals until midnight because my brain works best when everything in the world is still. There’s no distraction. I can turn off my phone and be super-isolated so that everything these guys are saying is the only thing that is in the forefront of my mind.”

Feed Your Creative Self

Mullen closed out the entire listening session with a word of encouragement for all music creators in the room saying, “In your art, you have the power and the ability to sway opinions and moods and mindsets. You can take somebody from depression to elation. You can do that in your art. So, I would like to encourage you to continue in that.”

She also stressed the importance of artists feeding their creative selves what whatever inspires them. Mullen added, “Whatever God has gifted you to do, give it to the world. As you’re pouring out, make sure that you fill back up so that you can keep on doing it.