Home Living Room How Much House You Can Get In 30 Major US Cities For... 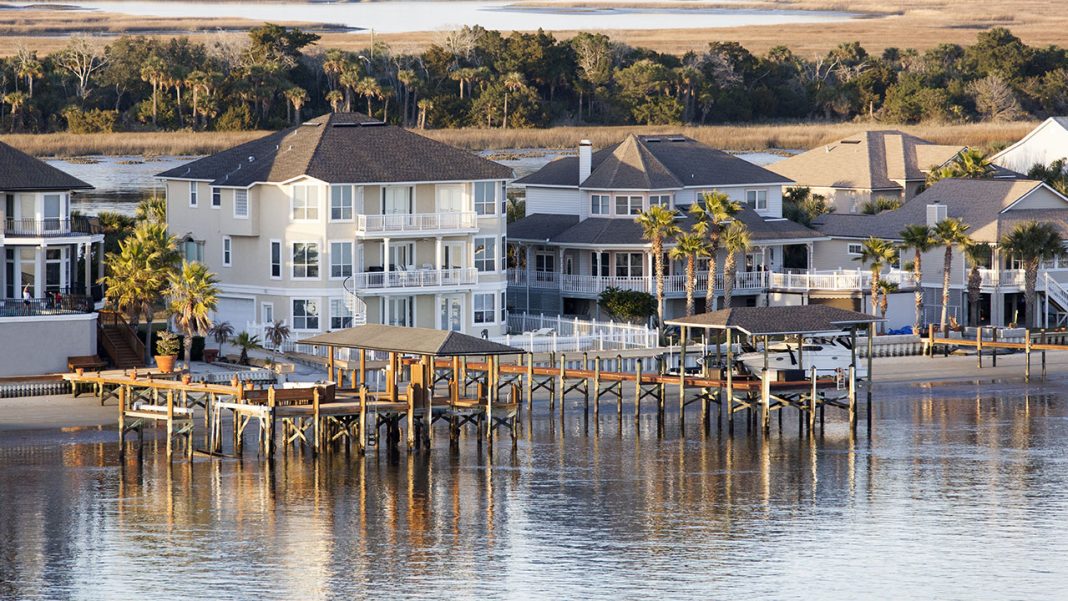 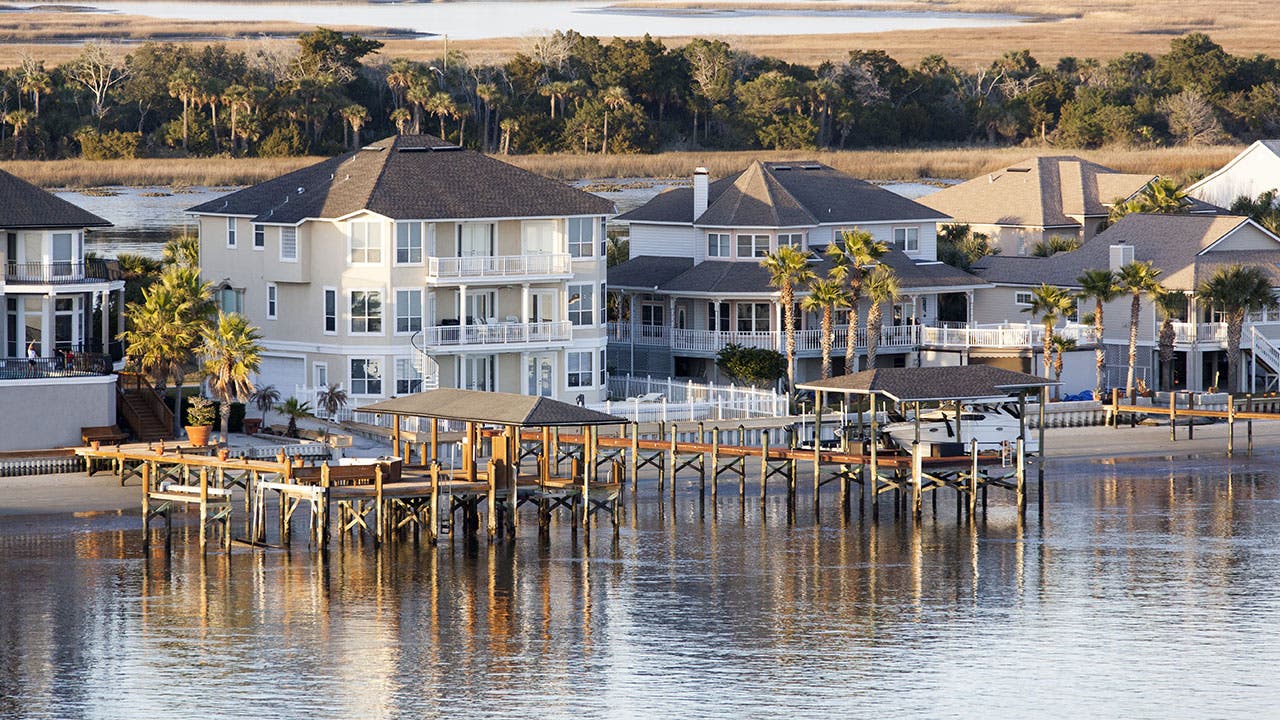 If you want to buy a home in a major U.S. city this year, expect to spend far more than the $257,700 the National Association of Realtors says is the median for existing homes.

Home prices have risen year-over-year for nearly seven years, but the end result varies greatly by region. In fact, some of the largest cities in the country feature a median home price well beyond $1 million, so it’s difficult to tell how much home buyers can get for their money.

We took a look through Realtor.com’s listings and found what we could get in each market for $500,000 or less.

Unsurprisingly, that amount goes much farther in some cities than others. 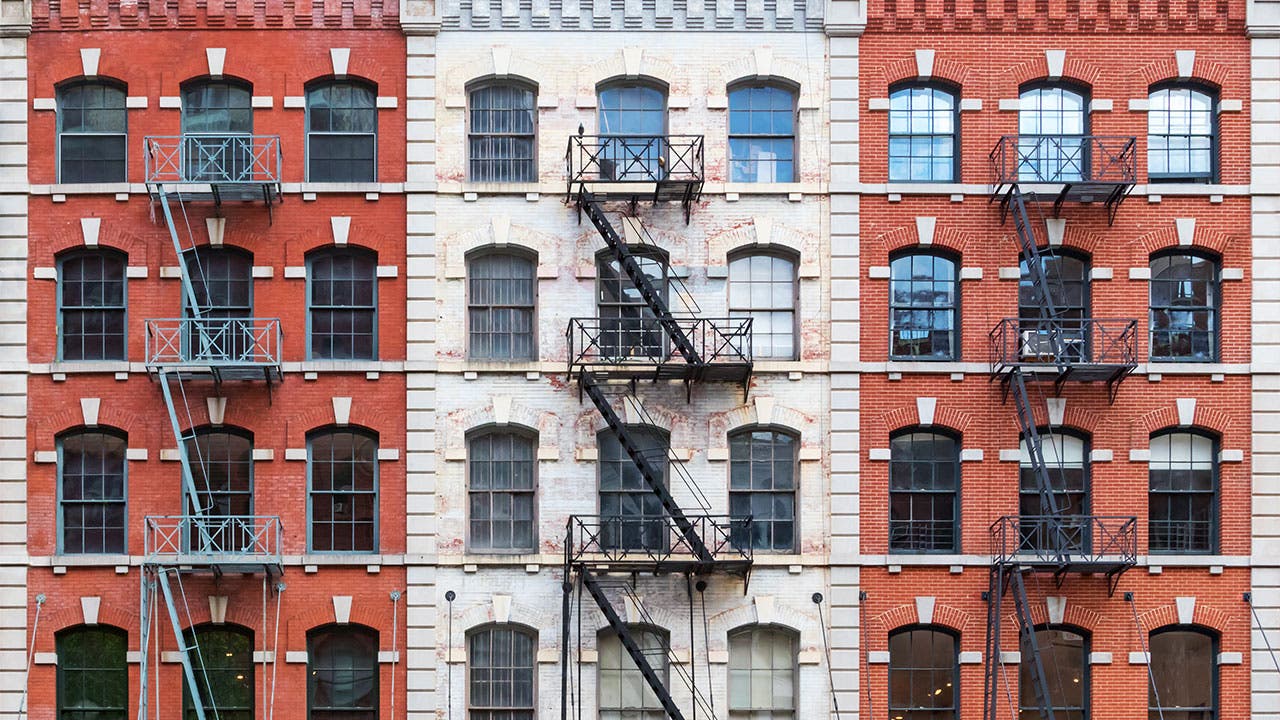 The National Association of Realtors puts the average cost of a home in the New York metro area at $428,200, but that includes suburban New Jersey and even parts of Pennsylvania.

Within that area are about 31 cities, towns, and neighborhoods where prices exceed $1 million.

That said, it isn’t impossible to get into New York itself for $500,000 or less. While you may not live in a “Friends”-sized apartment in the Village, you can get a two-bedroom, one-bathroom co-op in Queens just off the R train. 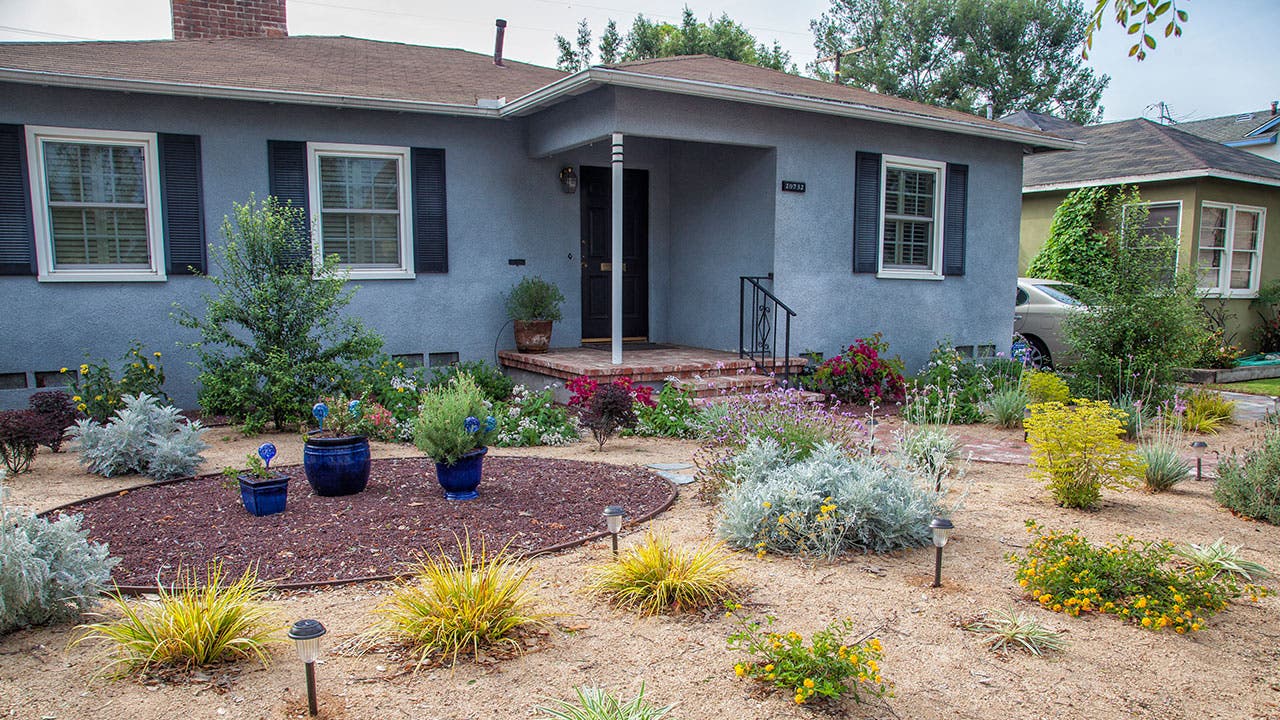 The quintessential L.A. bungalow remains within reach for home buyers at $500,000, although you may have to compromise on neighborhood.

A four-bedroom, two-bathroom Spanish-style bungalow and a two-bed, one-bath hillside fixer both currently fall beneath that price. 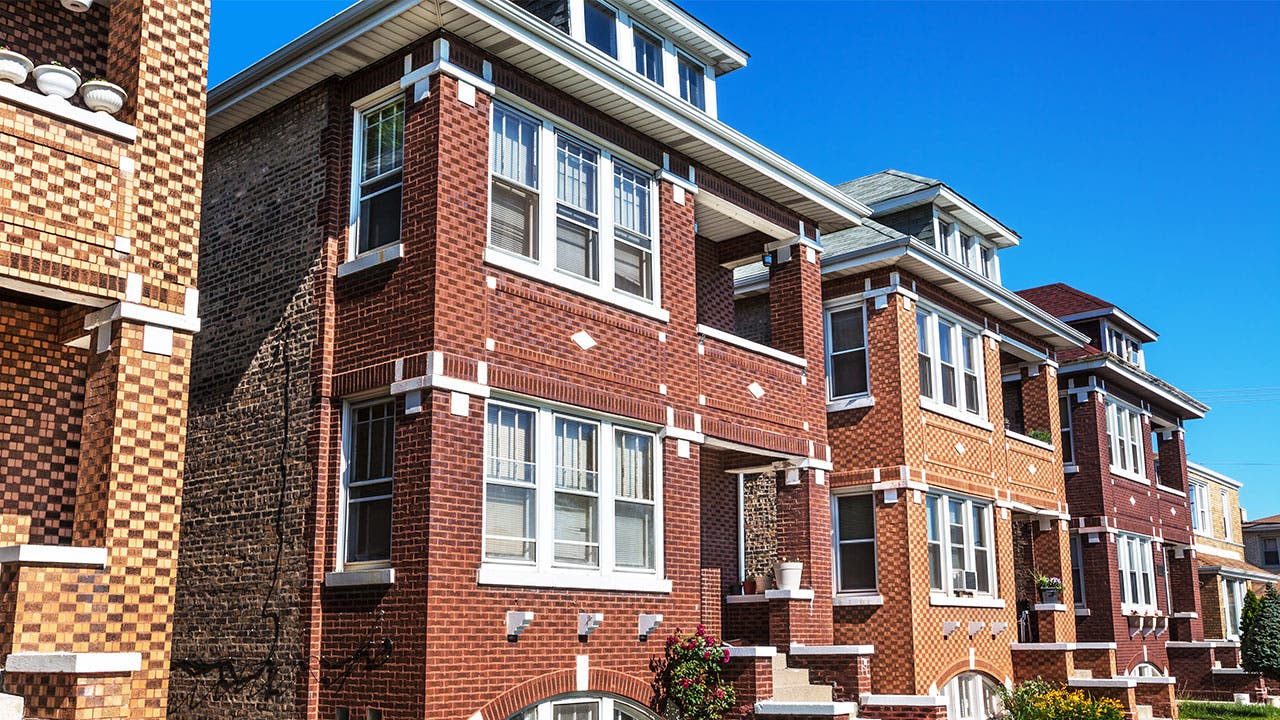 Half a million dollars goes a long way in Chicago where the median metro home price falls at $265,300.

A three-bedroom, two-and-a half-bath family home, for example, is currently on sale for $439,000. 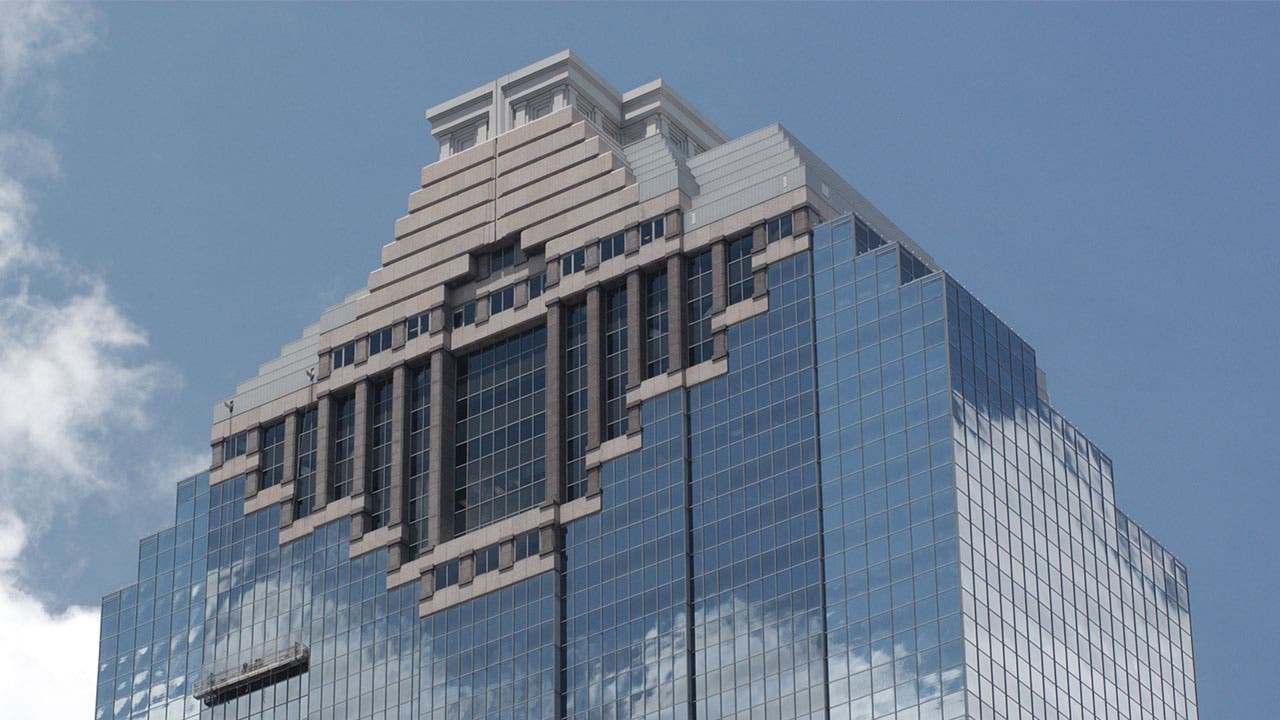 The fourth-largest city in the country and growing, the median home price in Houston is only $240,200.

That means you can get yourself a three-bedroom home with two and a half baths and live oak trees outside for $278,000 and pocket the rest.

Alternatively you could also pick up a 4,300-square-foot, four-bedroom, three-and-a-half-bath mansion with a two-car garage and clean yourself out. 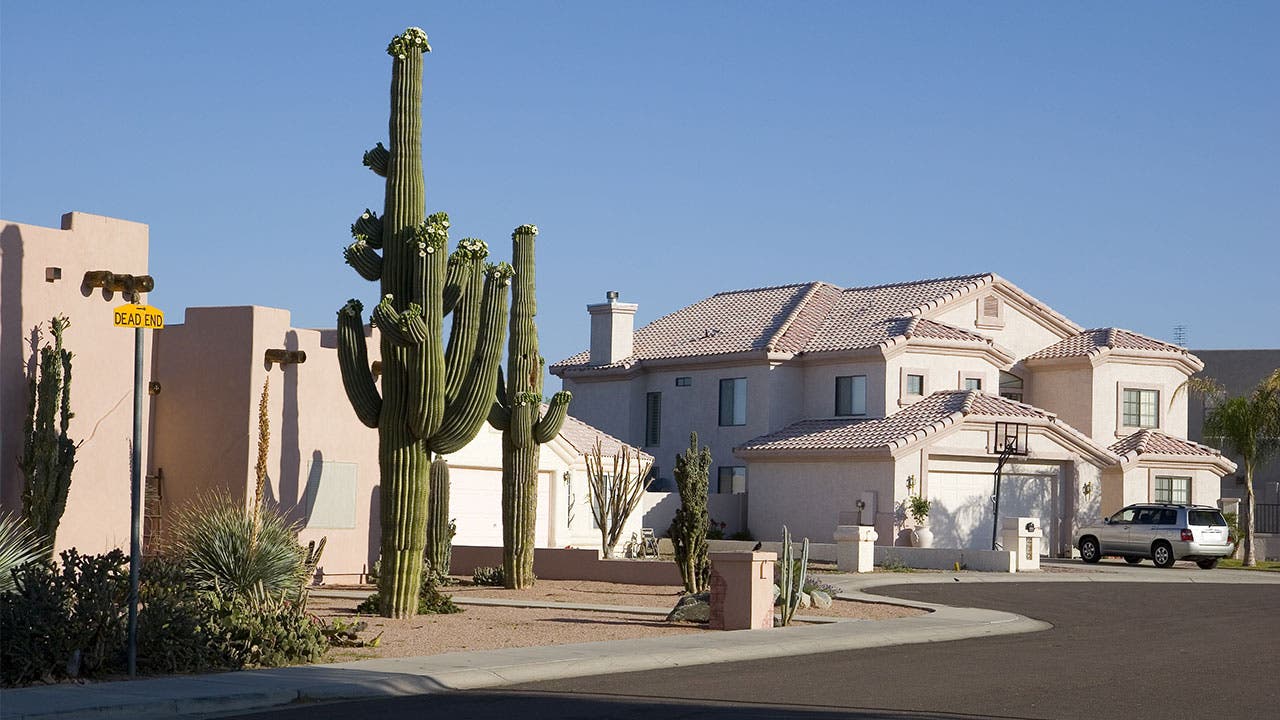 Another city where houses fall just beneath the national median, Phoenix goes big on houses $500,000 and under.

One option currently on the market, for example, boasts three bedrooms and three bathrooms in addition to a heated pool and a three car garage. 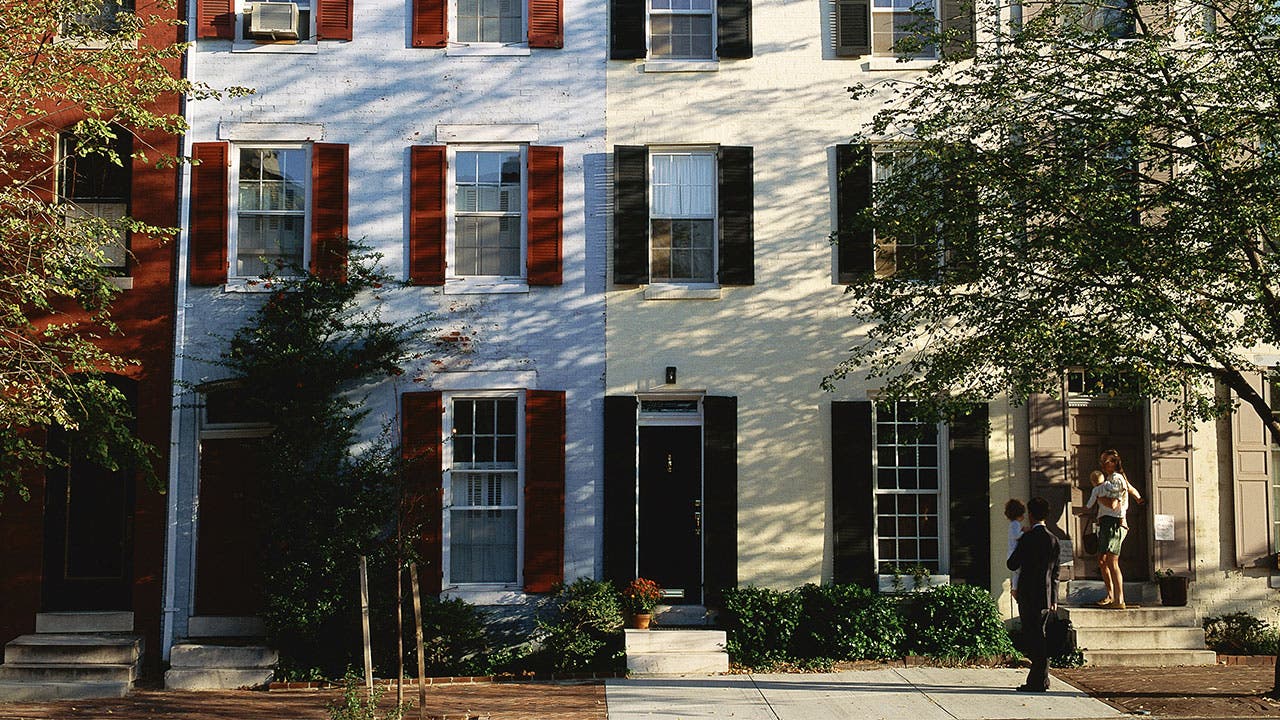 The median cost of a home in the Philadelphia metro area is $240,600, making Philly one of the rare Northeast cities with housing costs below the national median.

As a result, $500,000 can get you a 2,100-square-foot condo on Pennsylvania Avenue in a building overlooking the Philadelphia museum of art. 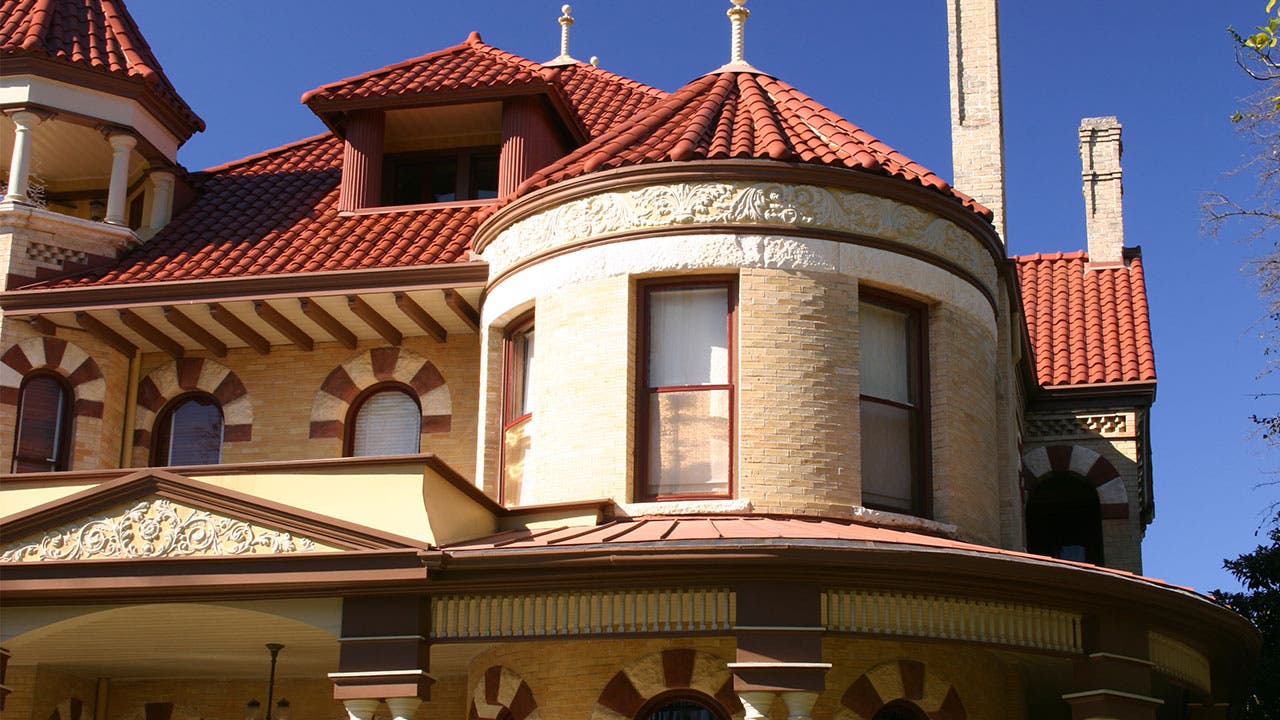 It’s about 200 miles from San Antonio to Houston, but the same Texas adage applies: Everything is bigger.

With median home prices around $231,800, it’s little surprise that $500,000 can buy sprawling McMansions of more than 3,700 square feet with four bedrooms and three-and-a half baths. 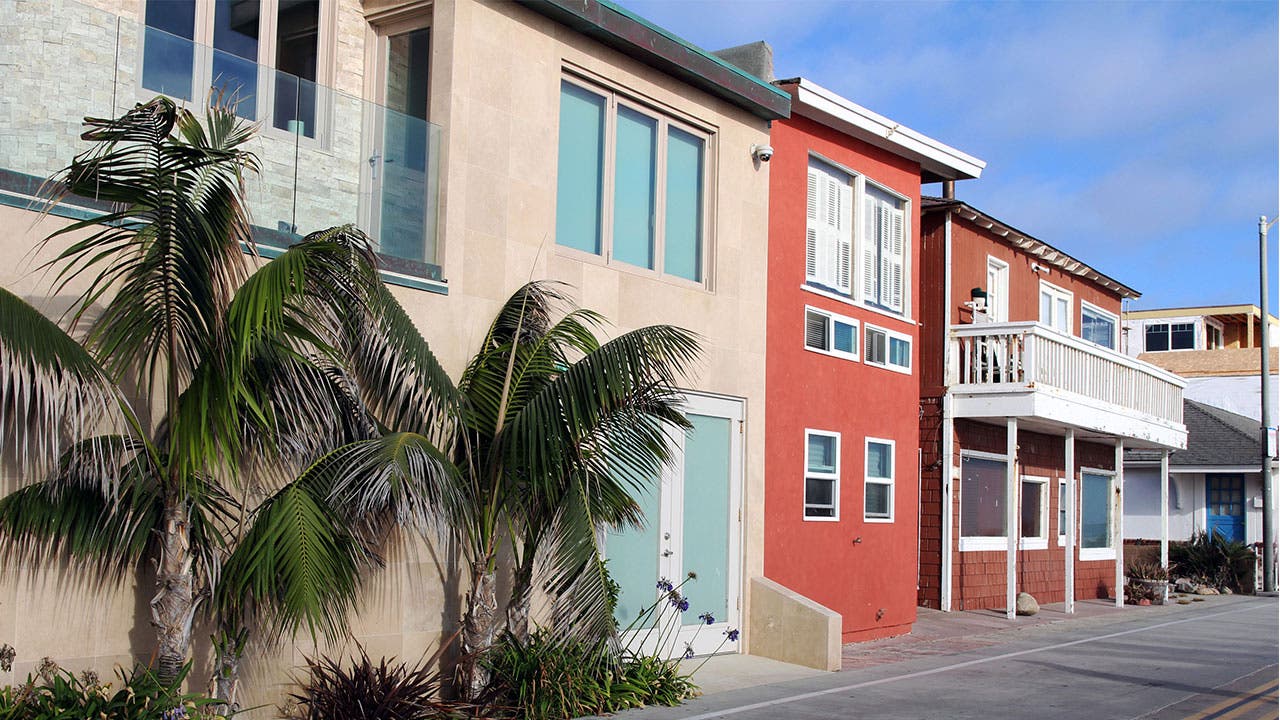 With beaches, wineries, and temperatures consistently in the 70s and 80s, San Diego is popular enough with sun seekers to boast a $650,000 median price for a single-family home.

That said, home buyers still have plenty of affordable options including a three-bedroom, two-bathroom ’70s bungalow with a pool out back. 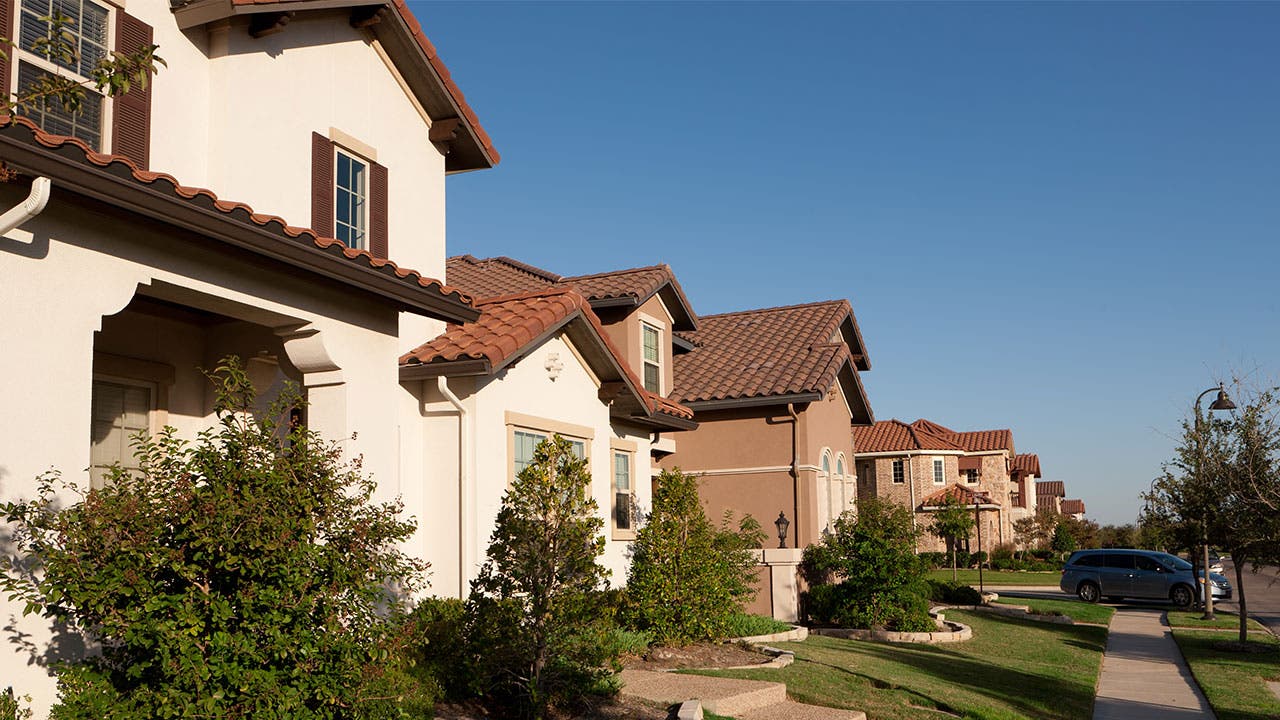 While pricier than other Texas cities on this list, the $262,100 median price of the average Dallas home is still beneath the national average.

That means homes of more than 3,000 square feet with three-car garages are readily available. 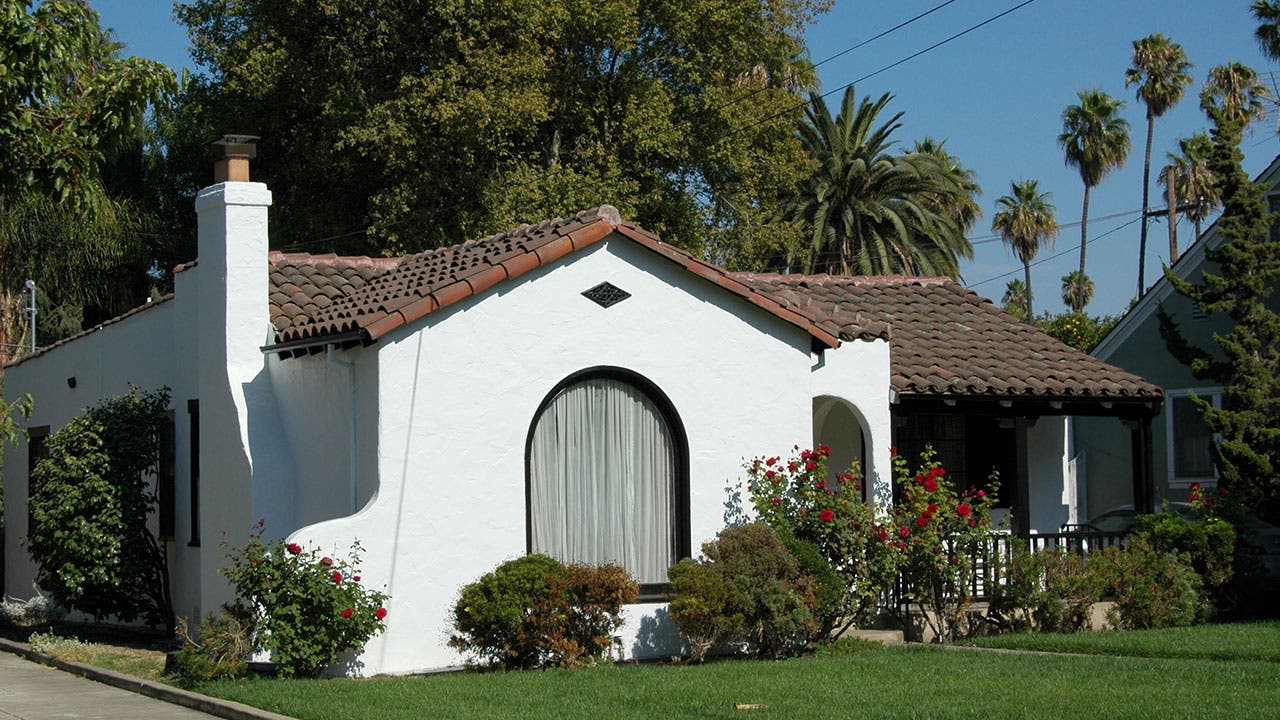 San Jose is the most expensive city in the U.S. for homebuyers, with the median price of a home here reaching $1.3 million.

The most affordable homes under $500,000 will get you less than 1,000-square-feet, like this two-bedroom, one-bath condo. 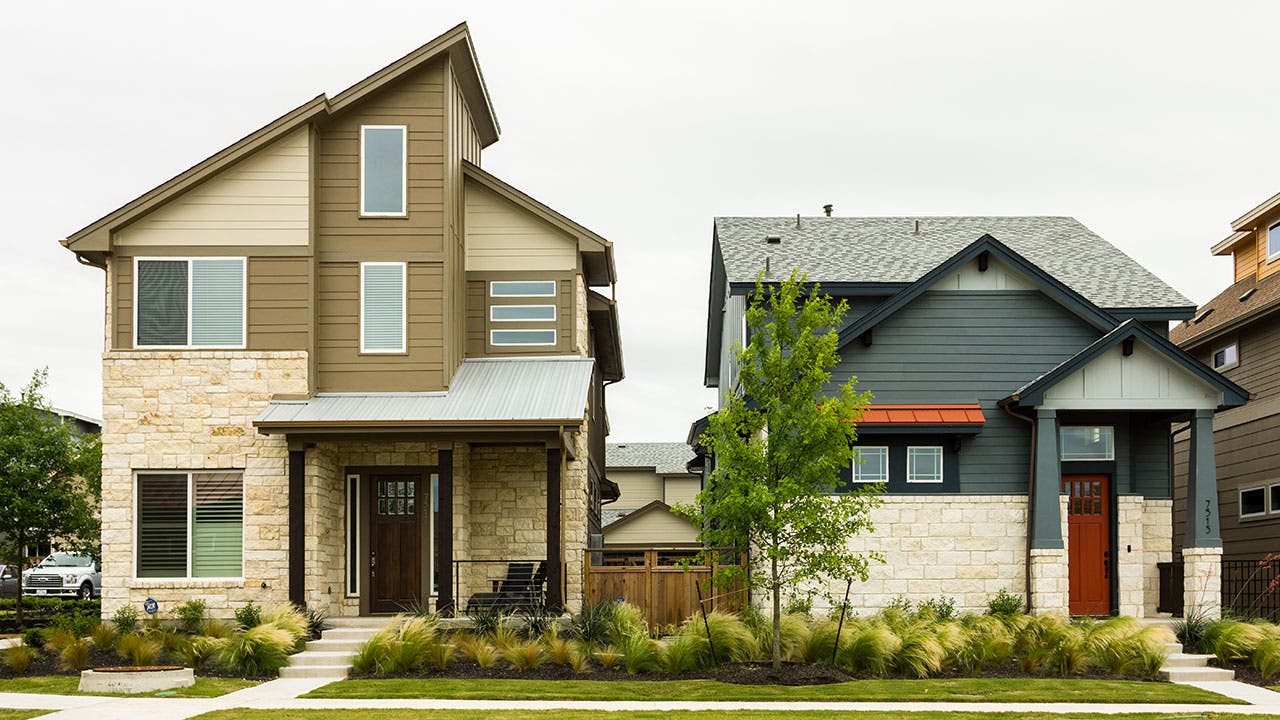 Austin has seen its population increase more than 20% since 2010, putting its median home price of $318,200 among the highest of Texas cities.

That said, this price can get you a lovely 1,200-square-foot post-war cottage with three beds and two baths. 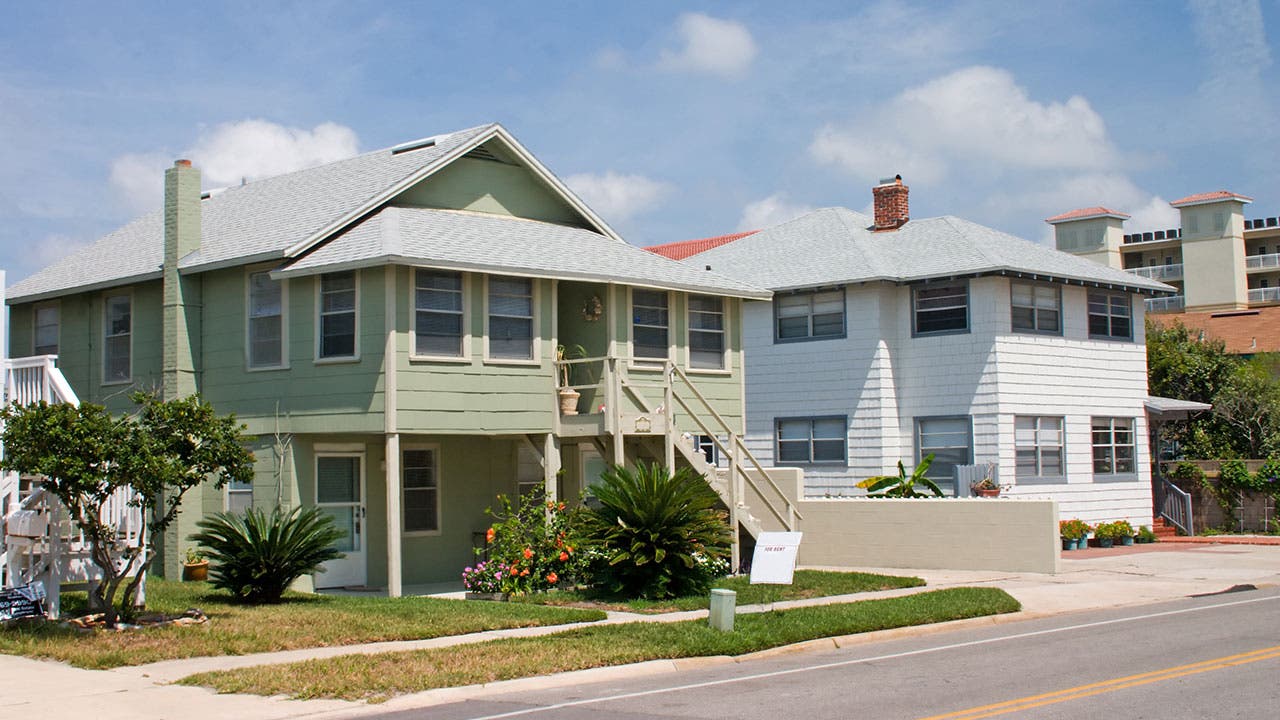 Jacksonville’s median home price of $247,500 is a steal nationally, but nearly 25% more than the median cost of most other houses in the South.

That said, this price can still get you a nearly 3,000-square-foot, three-bedroom house on a lake or a four-bathroom turn-of-the-century fixer with a guest house. 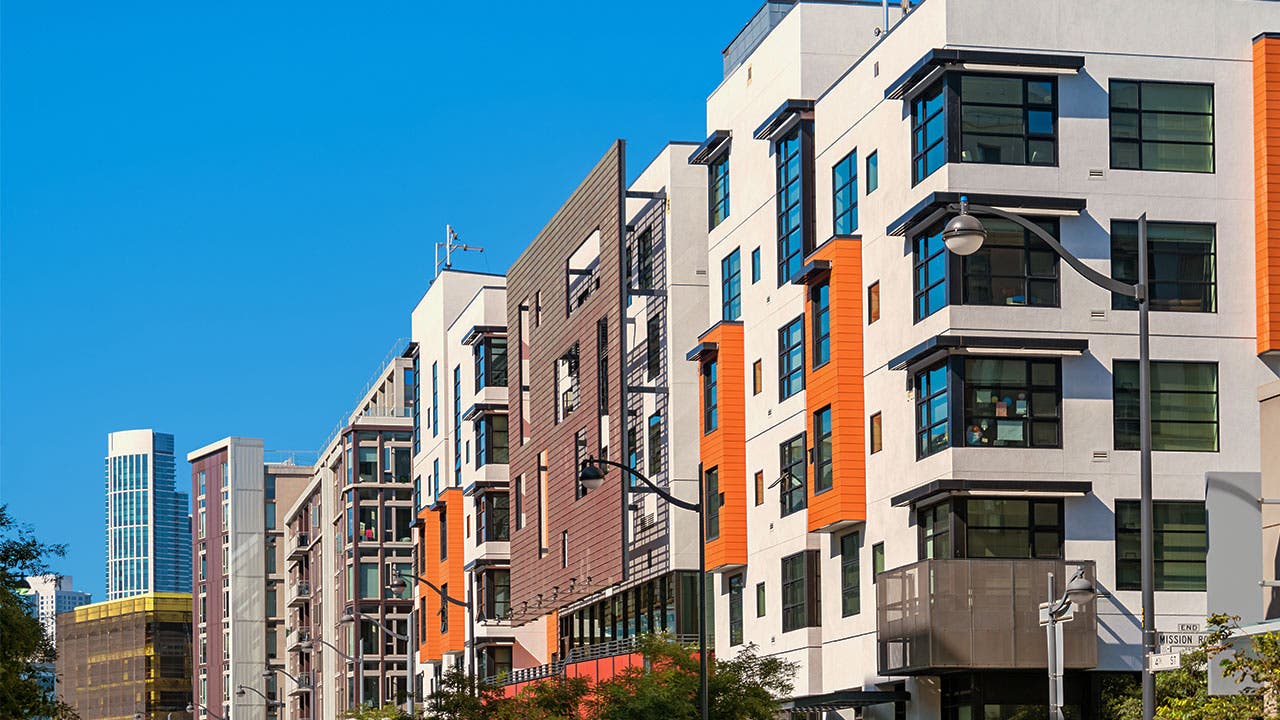 With median home prices upwards of $900,000, it’s actually slightly less expensive to live in San Francisco, California than San Jose — though not by much.

A $500,000 budget will get most buyers a quaint one to two-bedroom condo or townhouse. 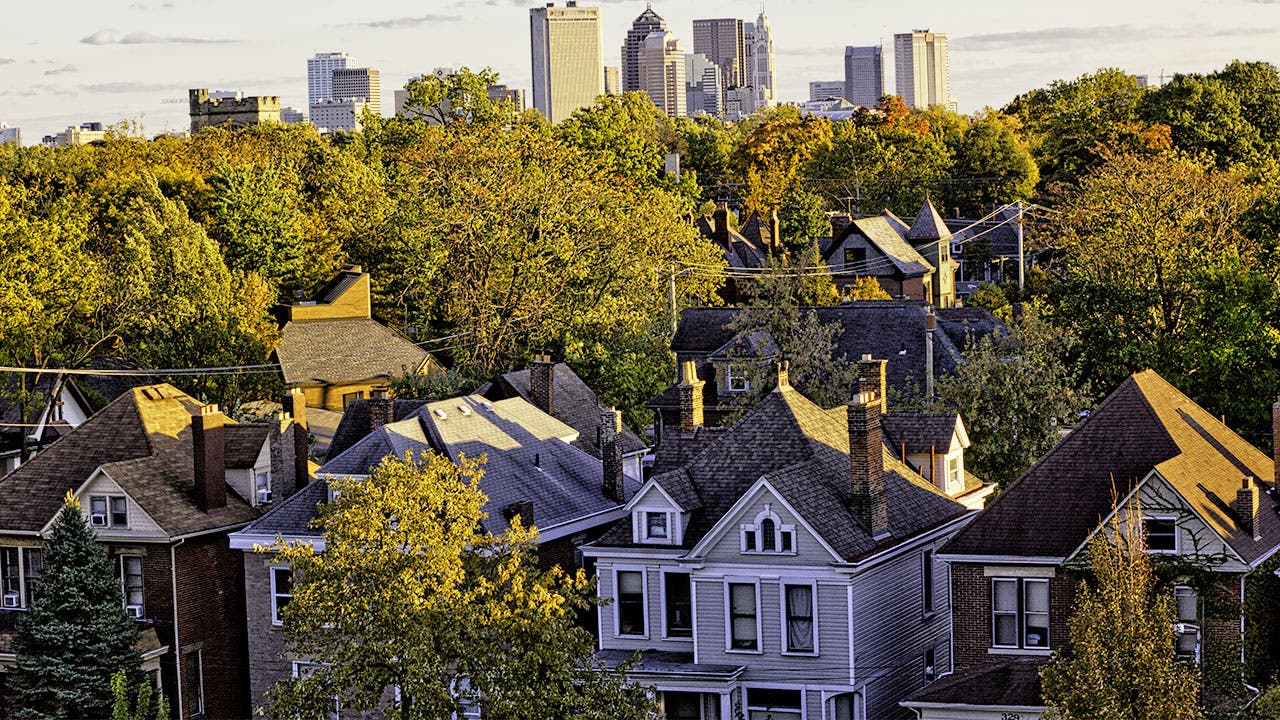 The median $207,600 price of a single-family home here is on the high side of the Midwest median, but still a bargain for buyers nationally.

You can get fireplaces, french doors, and three to four-bedrooms and still have enough money left over for renovations. 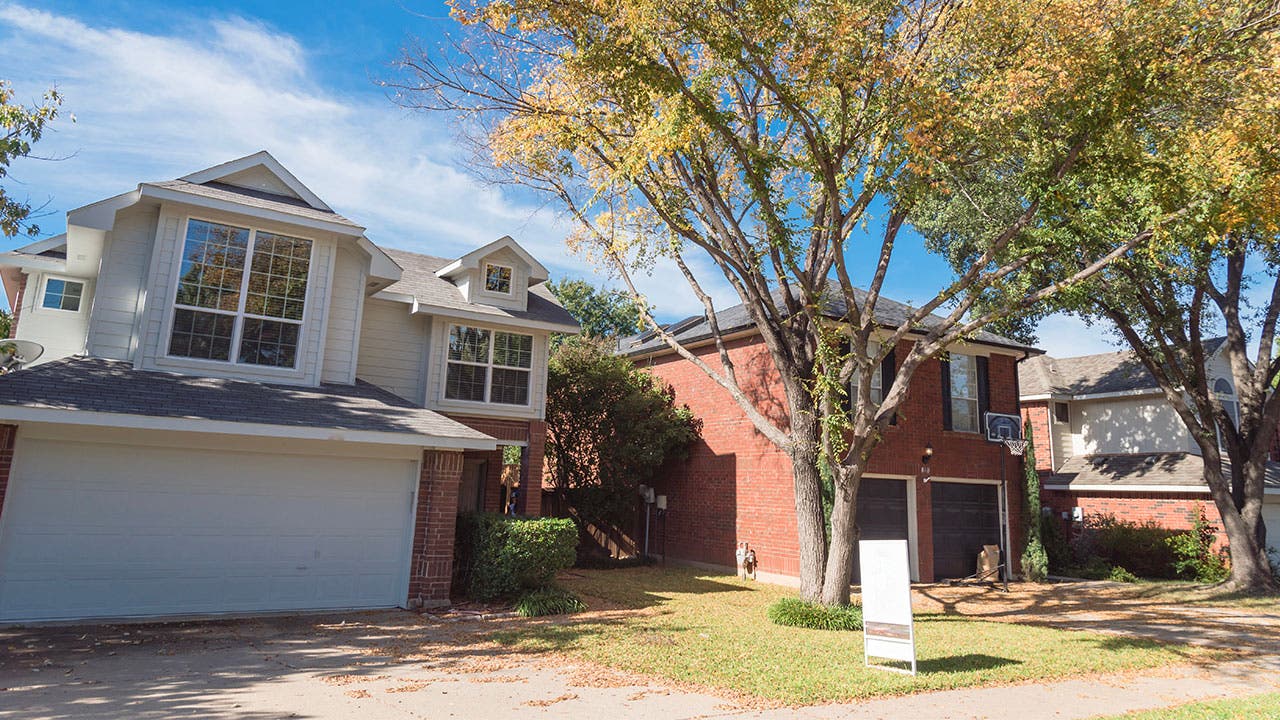 The National Association of Realtors lumps Dallas and Fort Worth into the same region, but smaller Fort Worth can offer what Dallas can’t: Lots of space for the price.

Homes with five bedrooms, four-and-a-half baths and 5,500-square feet aren’t out of the question, nor is a 3,700-square-foot four-bedroom home with a three-car garage, pool, and a nearby golf course.

Charlotte has seen more than a 17% population growth over the last decade, which accounts for its $245,000 median home price.

While that influx has meant a lot of new construction, Charlotte’s vastness means you can find yourself in a 5,000-square-foot, six-bedroom country home on three acres at this price, or in a 2,000-square-foot, three-bedroom condo with a roof deck closer to downtown. 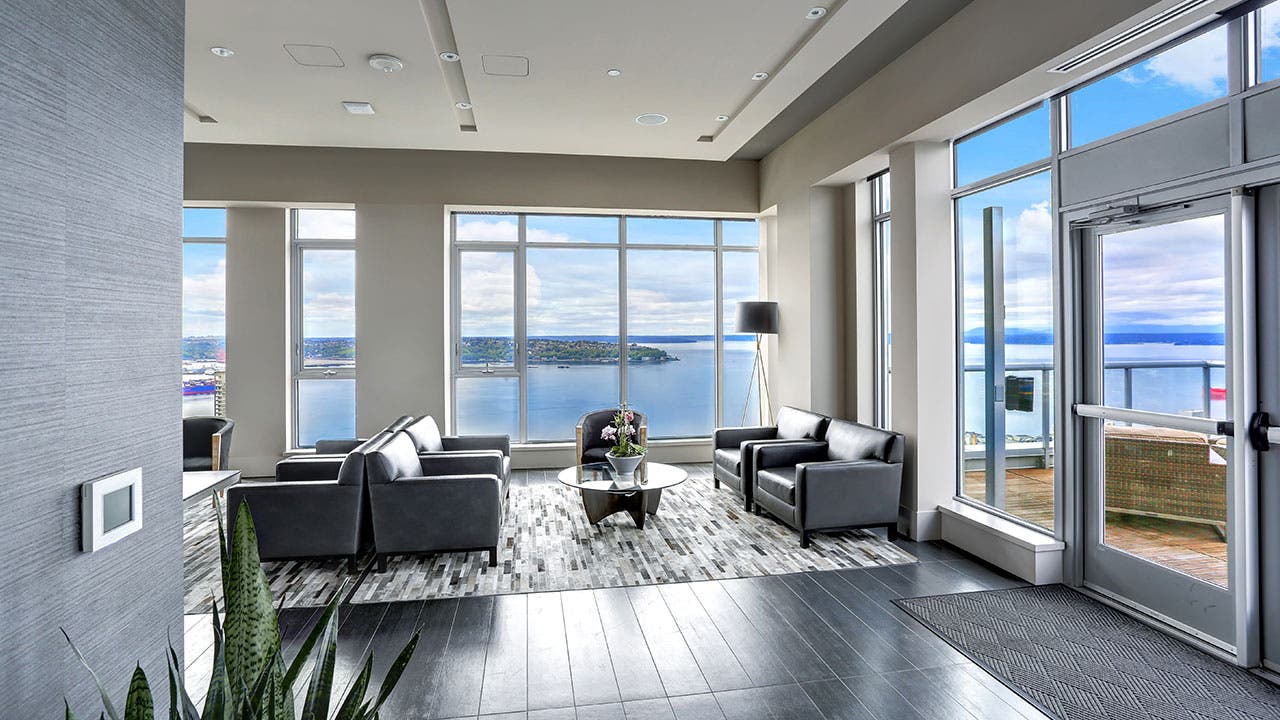 Seattle’s $502,800 median cost for a single-family home is high even by West Coast standards.

If you want to live in Seattle proper, your best bet might be a fixer-upper or condo. Although small homes in West Seattle are also a good option for this price range. 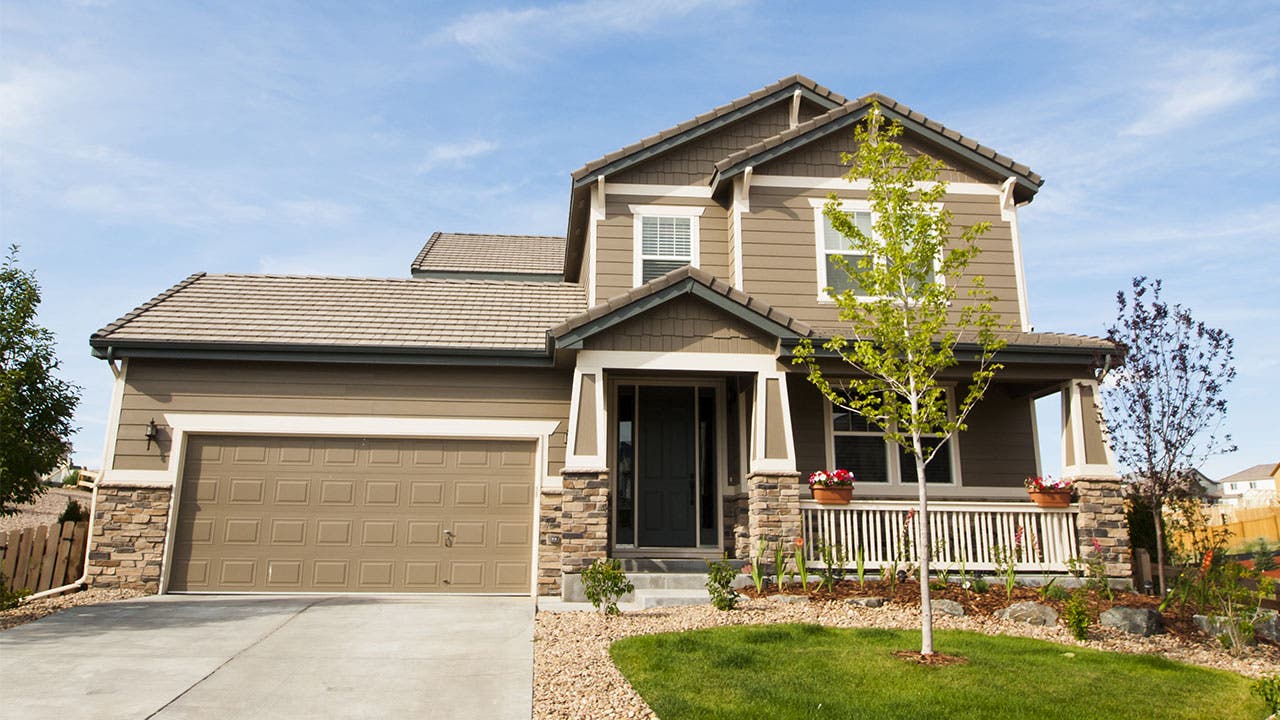 Denverites can still invest in properties with over 1,100 square feet. 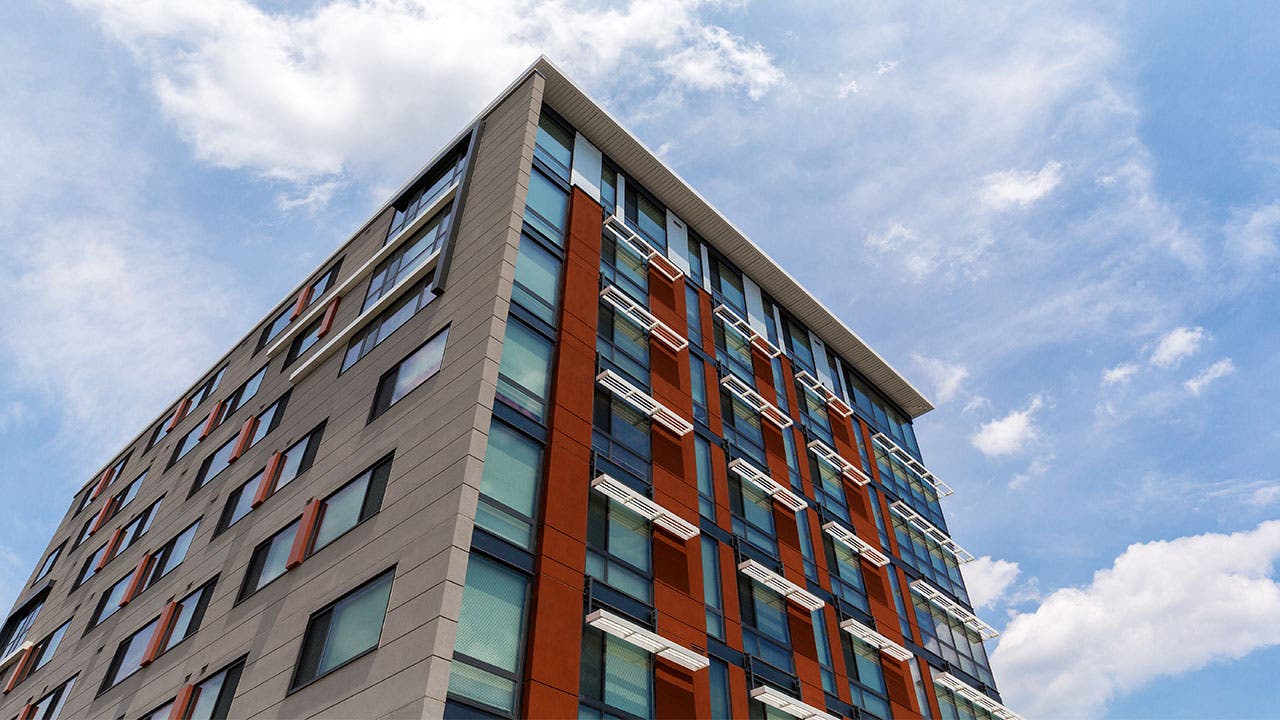 Unsurprisingly, the center of U.S. government isn’t an inexpensive place to live. Yet it has a surprising number of single-family homes available for just above its $426,000 median price.

That includes some of the 1,200-square-foot, two-bedroom row homes in Hill East, a 2,500-square-foot midcentury modern in Fort Dunpont Park and a 1,000-square-foot row home in Mount Vernon. 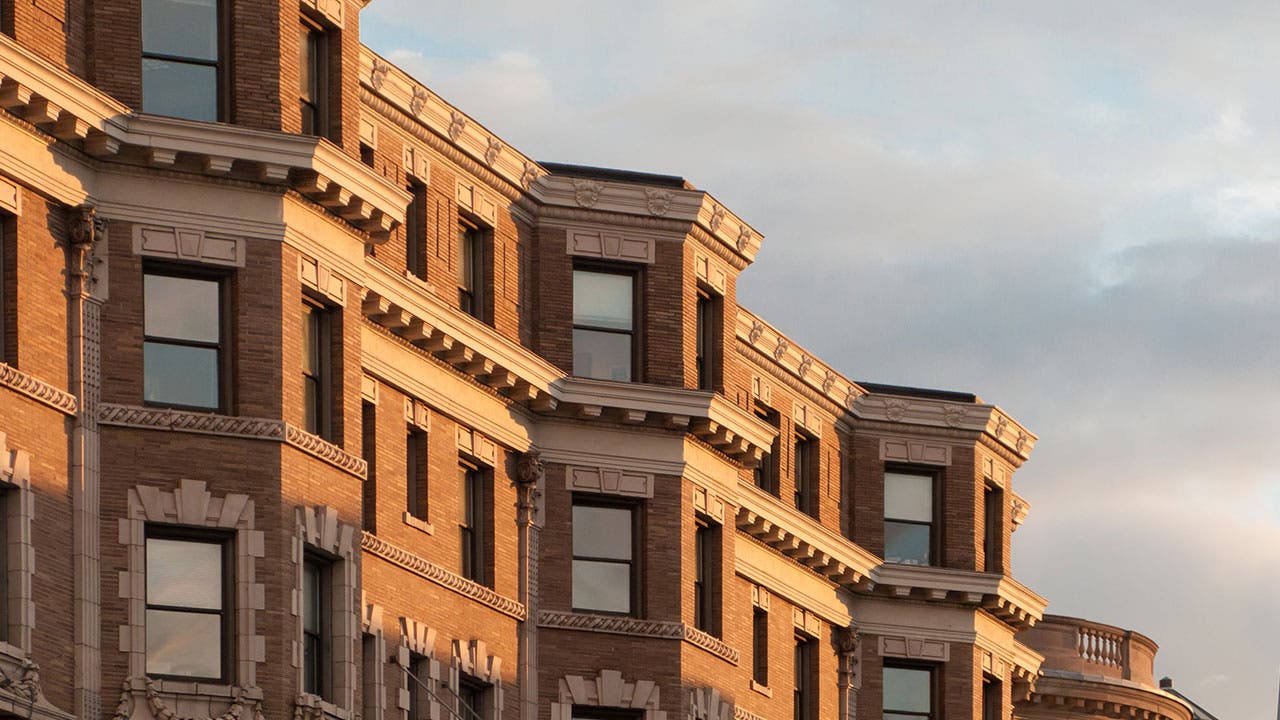 At $491,000, Boston’s median housing price is just $9,000 less than our limit. However, if you’re willing to live a bit off of the T (Boston’s subway system), you can still find some great space at this price.

Not far from the Commuter Rail’s Needham line in West Roxbury, for example, a 1,100-square-foot, three-bedroom home sells for this price, as does a 1,900-square-foot four-bedroom with a garage. 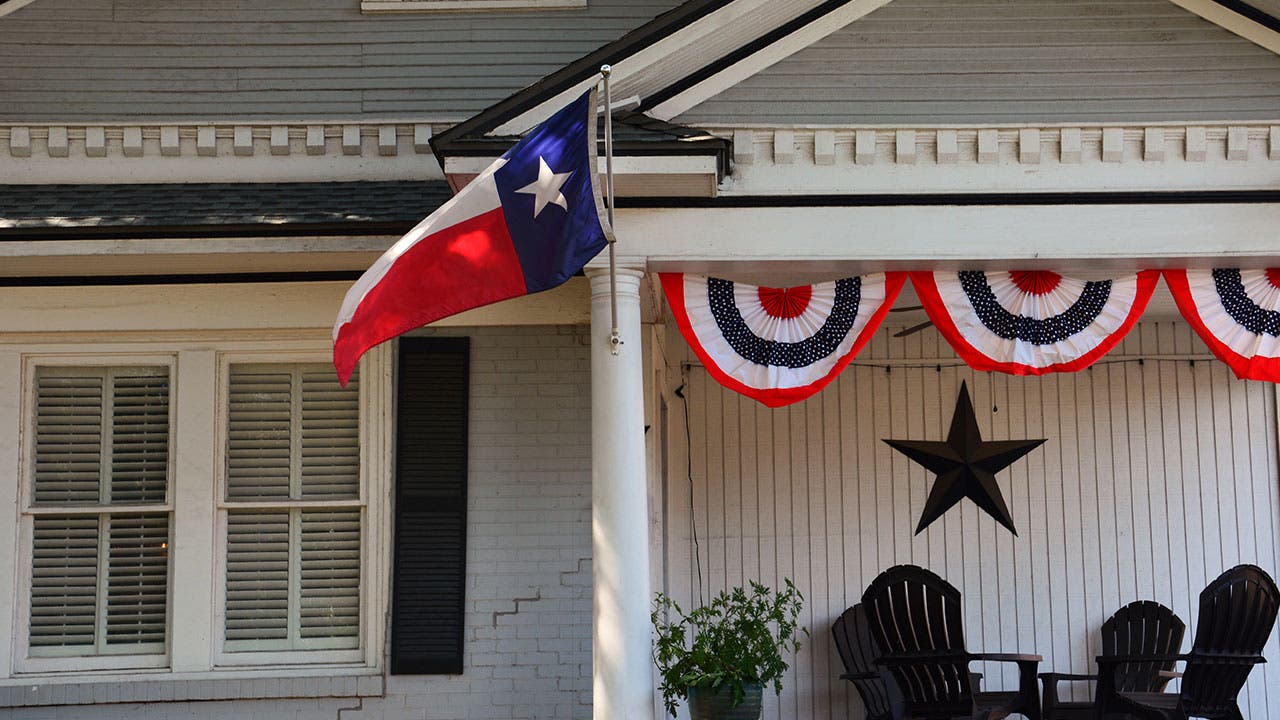 One spacious home currently on the market, for example, has five-beds and costs just $405,000. 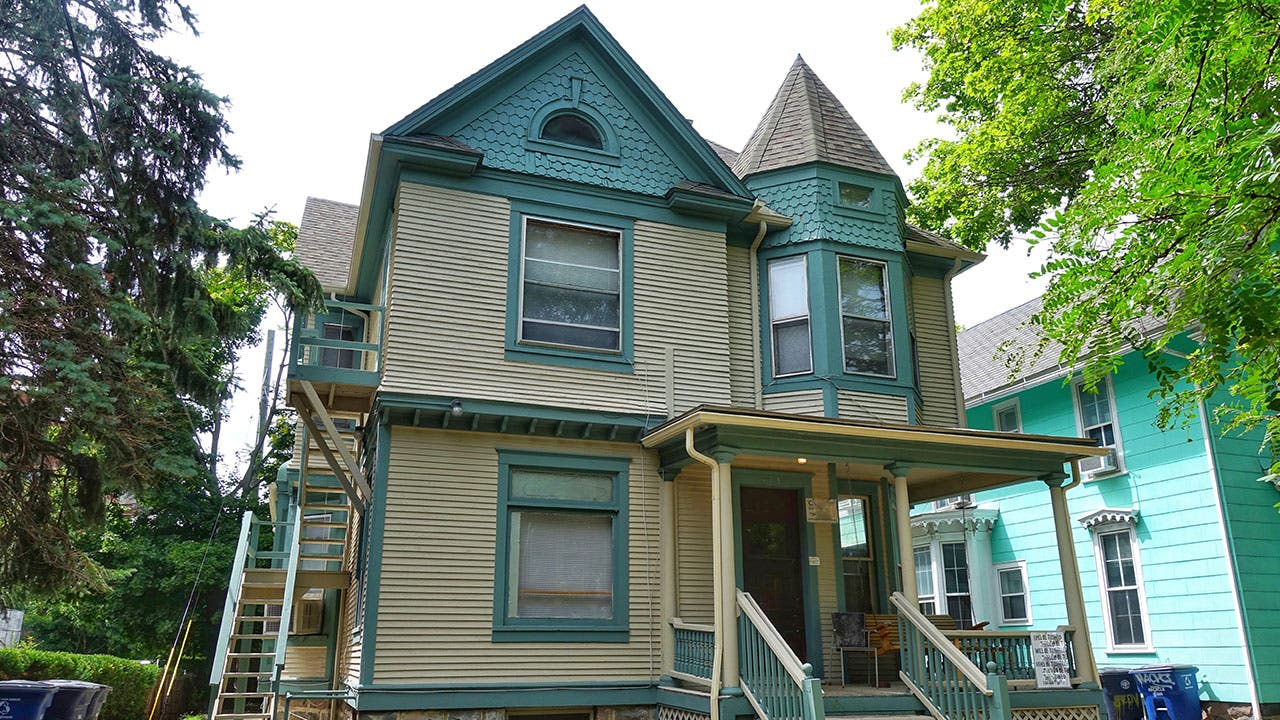 Detroit has a plethora of McMansions within city limits for $500,000 or less. 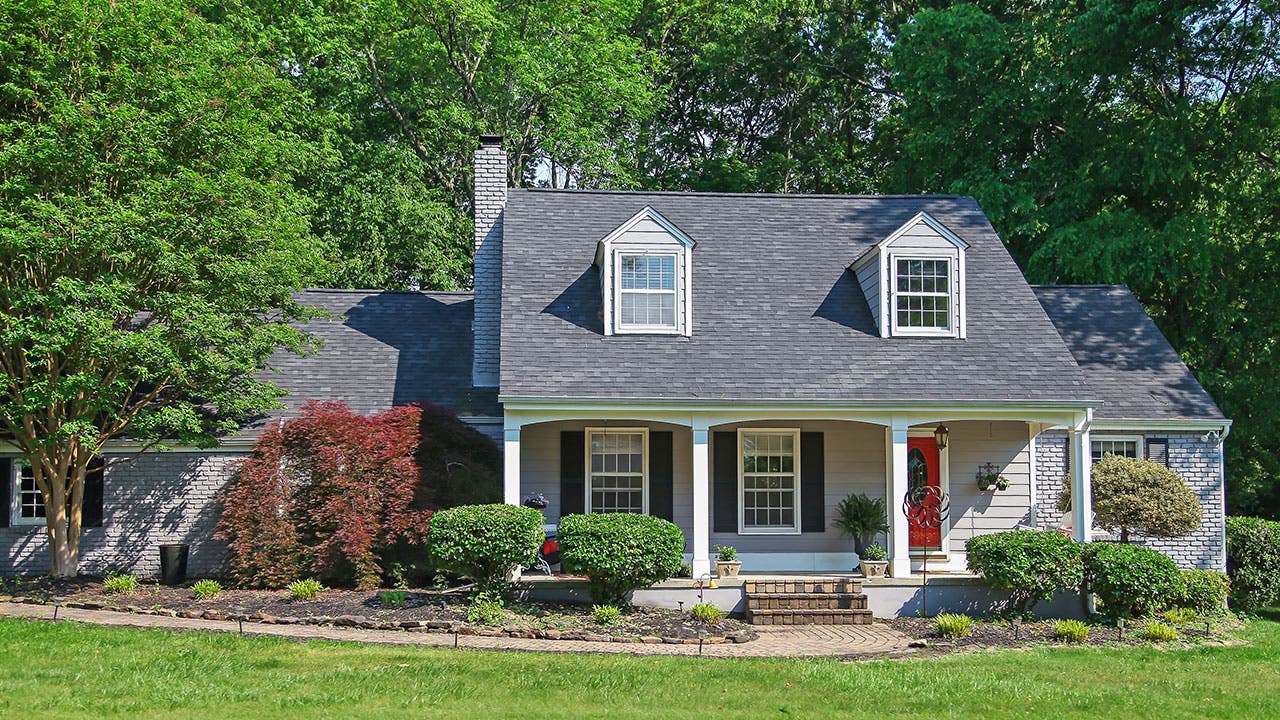 Not only is Nashville the music capital of the world, it’s real estate market is also red hot.

Despite a recent increase in housing prices, buyers can still get over 2,000-square-feet and three plus bedrooms for $500,000. 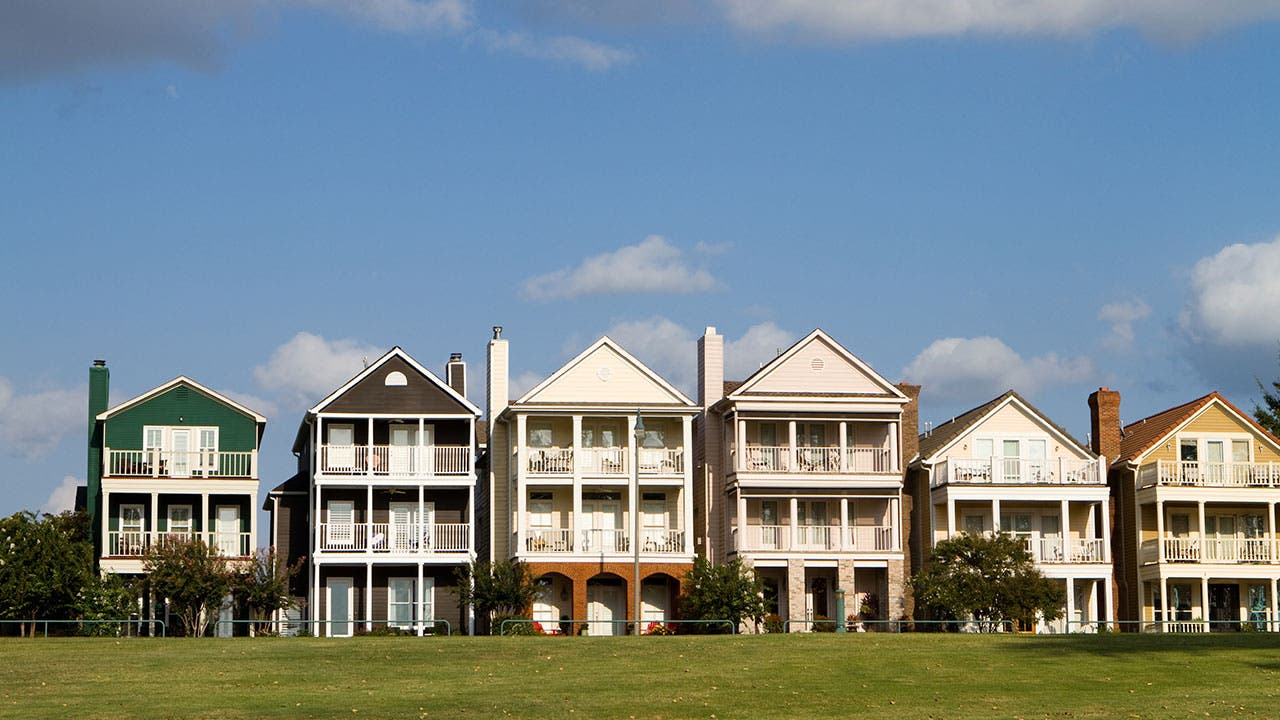 Home buyers in the city can get charming restored craftsmen or five-bedroom tudors on over 6,000-square-feet for $500,000 or less. 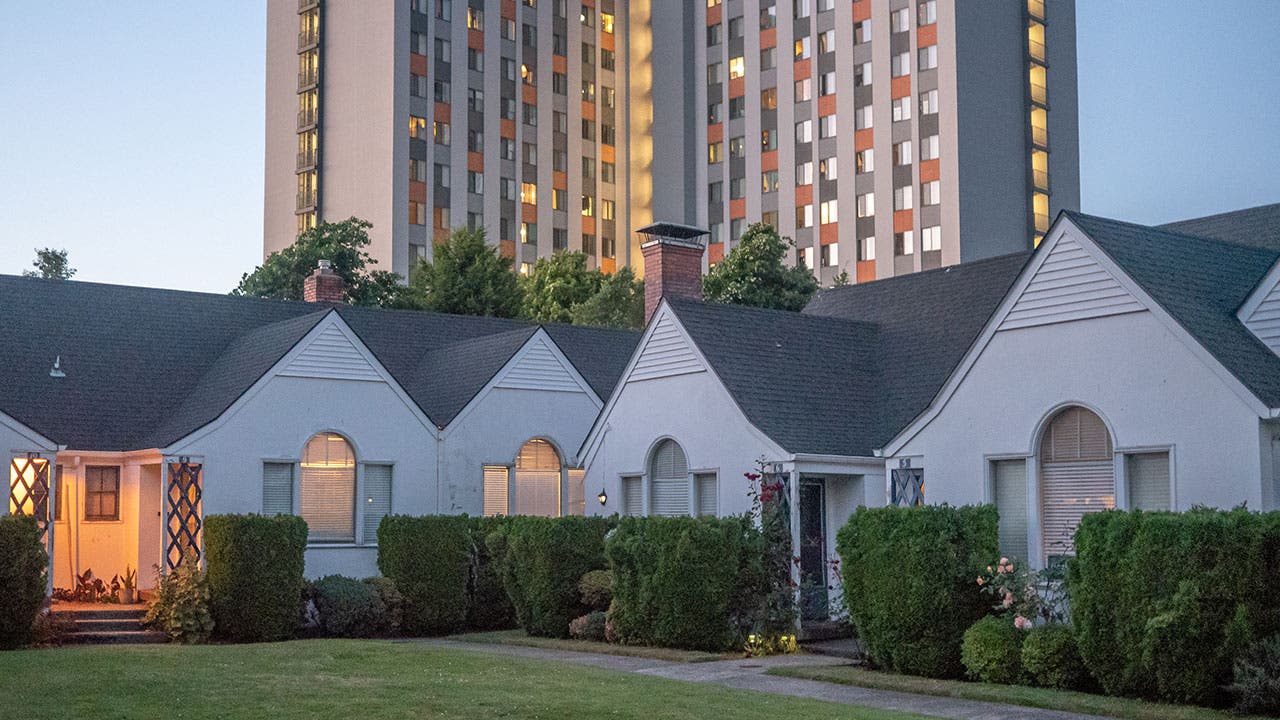 Although Portland’s median home price of $399,300 is above the West Coast average, buyers in the area can still grab a classic Portland bungalow for $500,000 or less.

One single-family home currently on the market, for instance, boasts two bedrooms and one bathroom on a 4,792-square-foot lot. 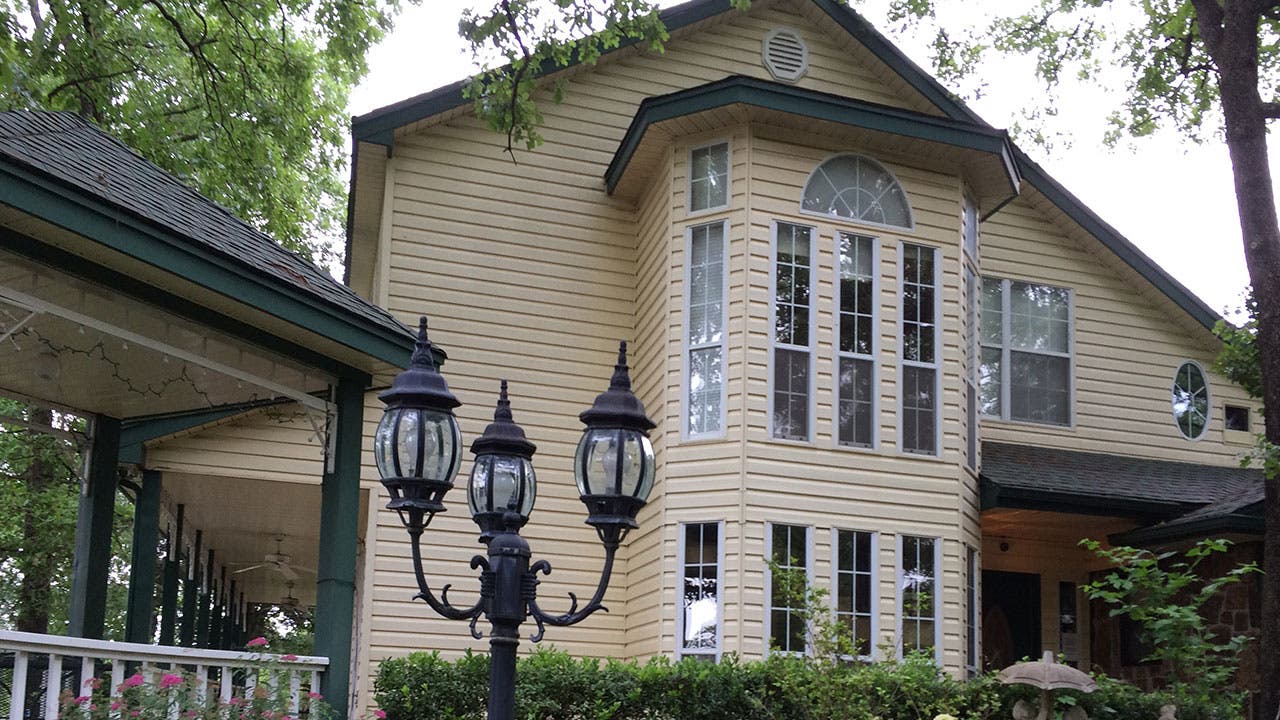 Your money can go a long way in Oklahoma City where the median price for a single-family home is just $164,700.

Many homes within the budget boast several acres of land, multiple garages, pools and four plus bedrooms. 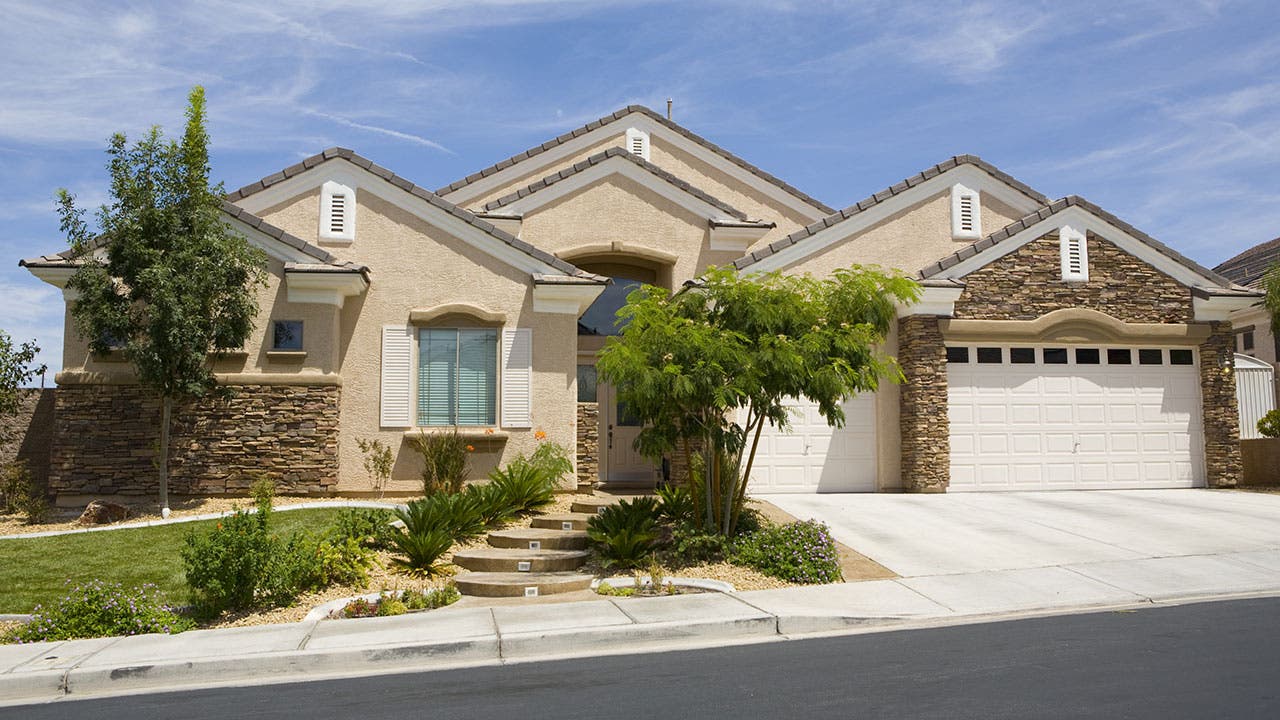 Some homes with pools may run up the price-tag a little bit, but high Nevada temperatures make them well worth the additional cost. 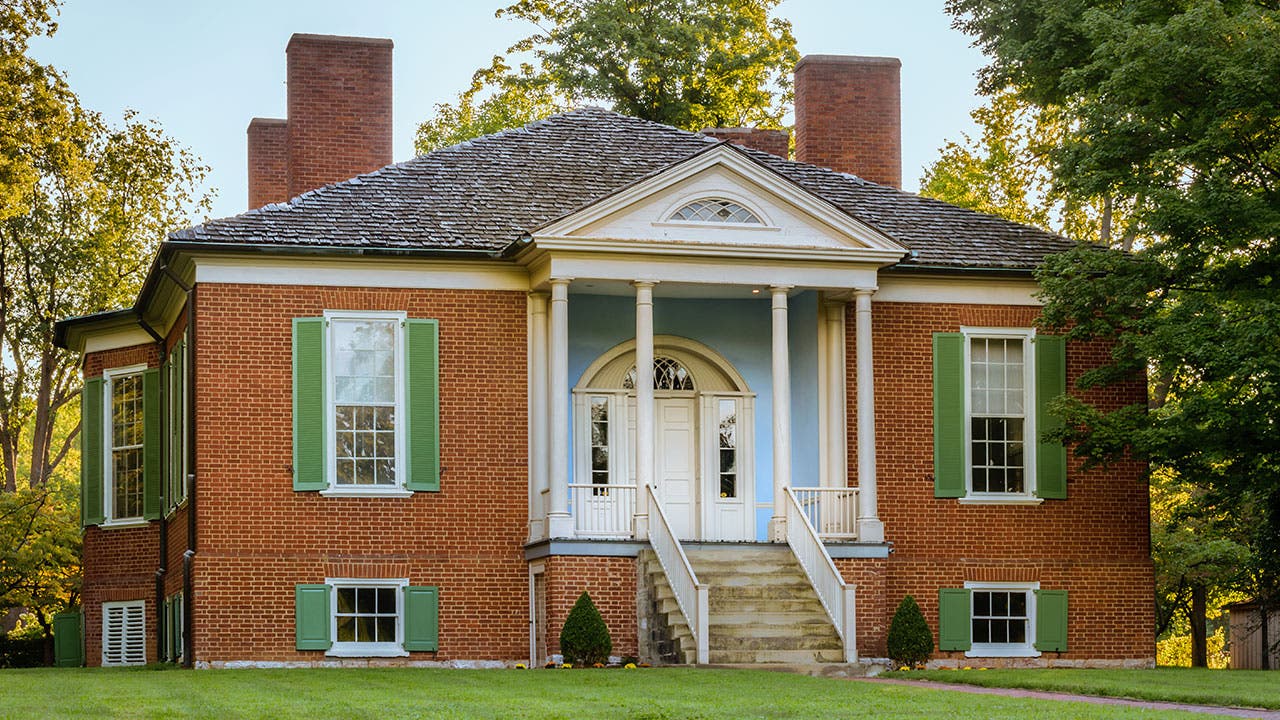 McMansions are readily available in Louisville where the median housing cost is just $184,800. 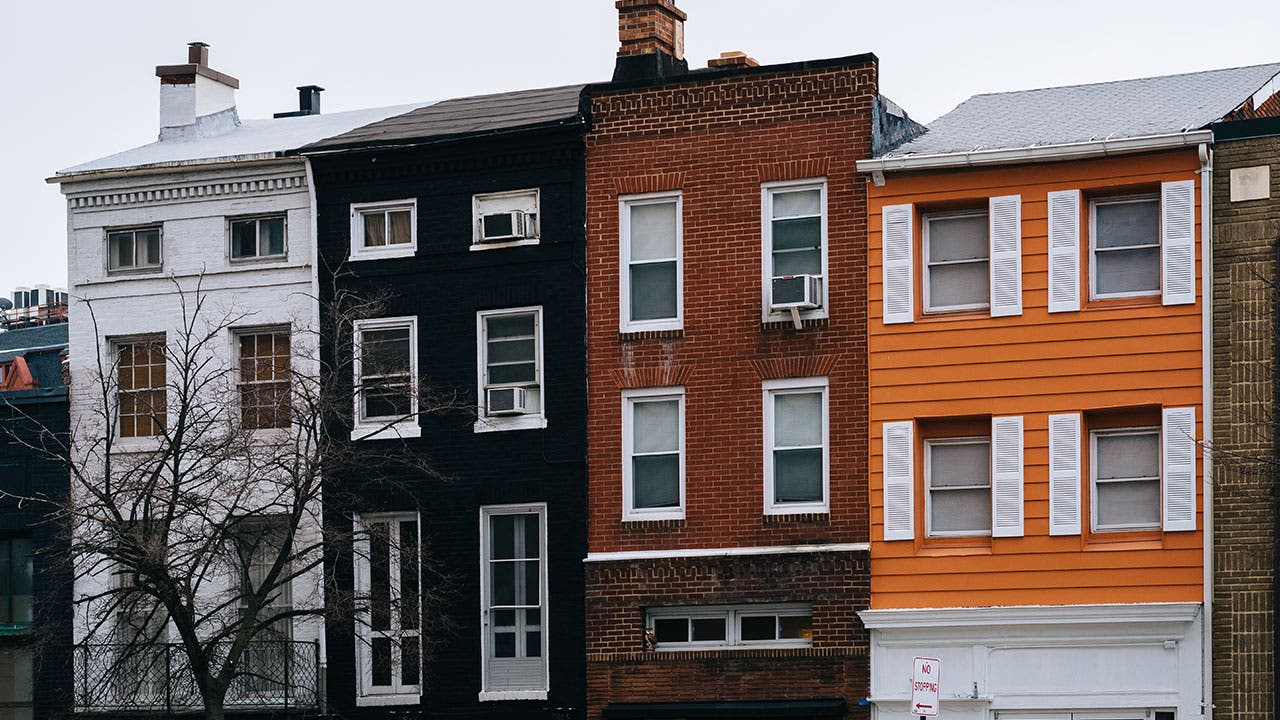