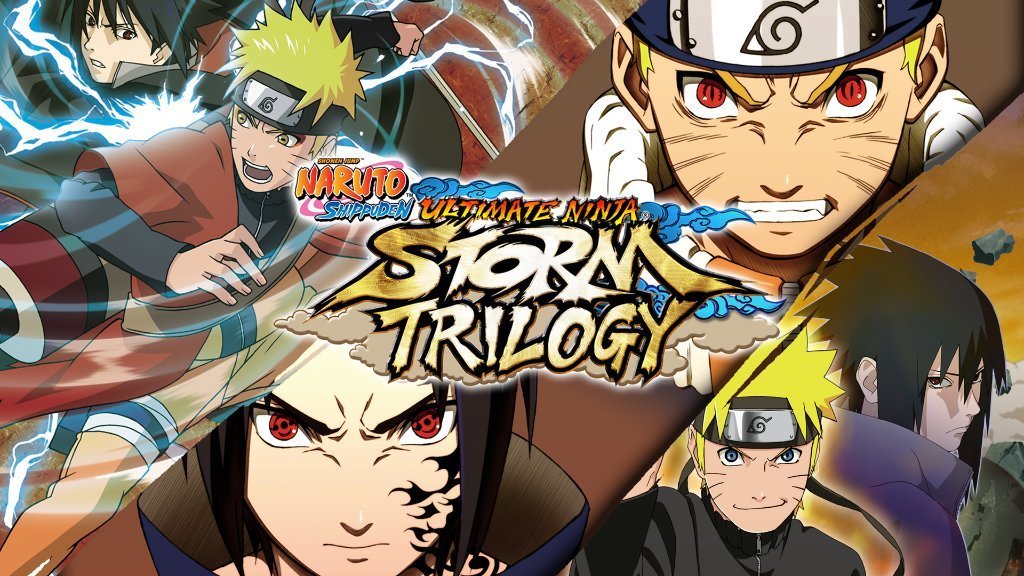 Ever since videogames became a popular entertainment medium capable of telling interactive stories and put you directly in the shoes of the hero, developers started to make licensed videogame adaptations off of popular movies so that after you returned home from the theatre the adventure continued in your livingroom and now you could be Indiana Jones or The Terminator. But of course these licensed properties weren’t limited to just live-action movies, they covered comics and cartoons as well, and over in the Land of the Rising Sun things were no different. Anime and manga such as the ever popular Dragon Ball, Naruto, and One Piece just to name a few, saw dozens of videogame adaptations as their respective franchises moved along, with each game, parallel to the anime of the series, telling the next chapter of the story, but in an interactive form that put you right in the middle of the action.

Throughout the last 20 years the popularity of anime and manga has seen no signs of slowing down, even leaving its home country and garnered worldwide recognition, so of course, in tandem with everything else, as their popularity evolved, so did the games, to the point where, graphically and cinematically, the games now even rival their animated counterparts. I distinctively remember the tagline for Naruto Ultimate Ninja Storm on the PlayStation 3, ”At last, the line between animation and gaming truly disappeared”, and while you can argue that we all too often hear that line, and that it is nothing more than a buzz word to sell you the game, this particular title, was for me personally, the first time those words rang truer than ever. I had played my fair share of Budokai and Ultimate Ninja games on the PlayStation 2, but while those graphics were amazing for the time, the models still had a certain jaggy edge to them, that made them not quite on par with their source material, though still being immensely fun games.

But then, starting with the PlayStation 3/Xbox 360 generation of games, graphics took a major leap, both in realistic looking games like the Tomb Raider reboot and The Last of Us, but also in these so-called anime games. I remember my first time seeing the first Ultimate Ninja Storm game in action and being blown away at not only the seamless smooth graphics that had finally caught on with the anime itself, but also being mesmerized by the sheer adrenaline of the battles that had been flawlessly lifted from the show – taken from its 2D roots and cinematically translated into a 3D envionment. As the series went on with Naruto Shippuden: Ultimate Ninja Storm 2 and 3, not to mention the several spin-off games released in-between, the battles only grew bigger more cinematic, and the characters’ over-the-top Dragon Ball Z scale attacks ever more flashy and impressive to look at. I remember Ultimate Ninja Storm 2 for a time even being a little ahead of the English dub of the anime, and so, when I reached a certain boss fight with the Akatsuki member named Kakuzu, a fight which was absolutely awesome, I couldn’t wait to go back to the actual anime and see how that fight compared, and to be honest, I was, to my own shock, heavily disappointed. Not only was the fight in the anime shorter, but in my opinion, it was also nowhere near as epic or climactic as its videogame counterpart. And so, in that moment, it hit me, that videogames based on anime had not only caught up to its source material… it had succeeded it.

Now, it of course depends heavily on the game and who makes it. The Ultimate Ninja Storm series, made by CyberConnect2, as mentioned above, has seen overall widespread praise, while the more recent branch on the stub of Naruto videogames, Naruto x Boruto Shinobi Striker, has seen huge critique in both graphics as well as gameplay, and likewise, the more ”realistic” looking Jump Force, while being praised for its graphics, the same cannot be said for its gameplay. Overall, anime games are very hit and miss on both departments, like with any other genre of games. But CyberConnect2, in the years they spent making the Ultimate Ninja Storm franchise, proved that if an IP is given the right developer, you can potentially make a great product that even exceeds its original material.

We here at SwitchWatch previously reviewed the entire Naruto Shippuden: Ultimate Ninja Storm Trilogy on Switch back when it was released, and in a comment on that video, I argued that because these games are so visually stunning while following an abridged and easily digestable version of the Naruto story, I would totally recommend any newcomer to play these games over watching the 700+ episode anime, a number that would easily intimidate most people. I truly feel that these games give you everything the anime offers, save for the heaps of filler, that most of you would gladly be without anyway, while even delivering an above average fighting game where you get the opportunity to fill the shoes of everyone from Naruto to Madara, and it is a much cheaper experience as well.

Movies based on games are often slantered for being very unfaithful to their source material, and sometimes vice versa, there is just something about the relationship between videogames and movies that dictate that these two medium simply cannot thrive together, but with anime it is more often than not a different story. Now, I haven’t played half the anime based videogames that are actually made in Japan, considering we here in the west only ever get a fraction of it. While we do get the games that are based on the most popular titles like Naruto, Dragon Ball Z, Yu-Gi-Oh!, and One Piece, we never see other properties like Death Note (despite its huge popularity in the west), Doraemon, Detective Conan etc. Heck, of the more than 30 Detective Conan games that has been made, only 1 game on the Wii ever saw a release in Europe, and it took years and endless fan demand to even make Bandai Namco consider bringing the Smash clone that is the J-Stars series, to the west, when J-Stars Victory VS+ released on the PlayStation 3 and 4, simply because it was filled with ”obscure” anime characters that they figured we either didn’t care about or outright didn’t know. Occassionally we do get games based on other anime like Bleach, InuYasha, Fullmetal Alchemist, or Black Clover, but even then we only get a select few of them. Fullmetal Alchemist, to use an example, had 3 games released on the PlayStation 2, with 2 releasing in the States so those at least got translated, but then the 3rd game for some reason remained exclusive to Japan, and that show was popular enough to garner a remake in 2009 in the form of Fullmetal Alchemist Brotherhood. So what gives?

But I digress, my point is, I have played very few of these Japan-only games, so my experience with anime games other than the fighting-based ones, is very limited and I thus cannot comment on how consistent their quality is, but at least with the games we do get here in the west, anime and videogames largely seem to harmoniously go hand in hand through a lush rainbow filled flower field. And whereas I just argued that games based on movies and the other way around, just don’t seem to get along in that they rarely stay faithful to each others’ plot, the Naruto and Dragon Ball games, while taking slight liberties here and there, largely stay very close to the original story, sometimes even improving on it, like the battle against Kakuzu that I mentioned earlier, or how, exclusive to the English release of Ultimate Ninja Storm 3, Naruto has a short dialogue exchange with the 6-Tails Jinchuriki at one point which is a callback to their encounter in one of the short filler arcs of the show.

With their recent worldwide spike in popularity, My Hero Academia and Attack on Titan, whose first games were Japan exclusive, did eventually see worldwide releases, and although Bandai cheaped out on both of them, skipping out on an English dub for both of them and even omitting in-battle subtitles for one, they both follow their respective stories really well with the artstyle ripped directly from their respective shows, making you truly feel like you are part of the anime itself, especially in the case of Attack on Titan where they nailed the physics of the iconic ODM gear that essentially makes you an anime Spider-Man.

All in all, while the few movie licensed videogames still being made keep disappointing and more often than not just end up being low budget cash grabs to tie into their respective movies, anime games have largely been going the straight opposite direction, continuosly taking full advantage of the advancements in hardware, and keeping delivering an increasingly more immersive experience on par with the original product, and, as has been the entire point of this article, often rivaling or even overcoming it.

Naruto, which has been my primary example for this essay, as it was my inspiration to write it in the first place, is an amazing series near and dear to my heart with a great and heartwarming story and an incredible cast of characters to go with it, and nowhere, do I feel, is this more apparant, than with these games. And it just so happens, that the entire trilogy is on a 40% sale at the time of writing this. So if you are a fan, or even just curious, why not go check it for yourself to see what I mean? I’ll even throw a link to our review if you are not entirely convinced.

See you, in the incredible world of anime videogames!