Home Living Room This hotel has rooms that clean themselves 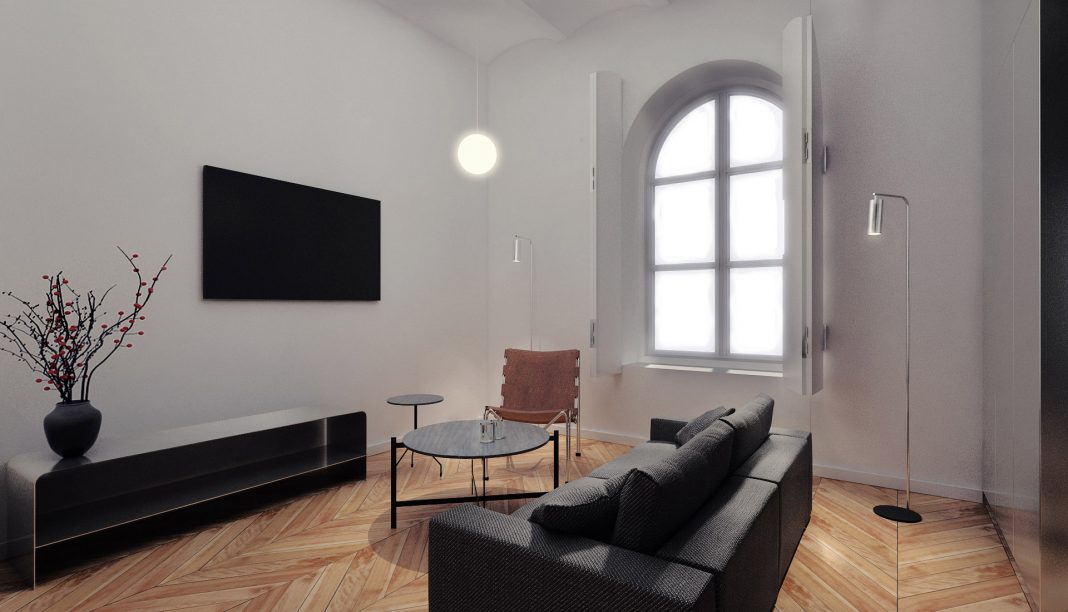 A suite-livingroom at the Hotel Ottilia in Copenhagen.

A suite-livingroom at the Hotel Ottilia in Copenhagen.

This hotel has rooms that clean themselves

Stay in a high-tech hotel today and you might see the day’s headlines in your full-length mirror or have a personal trainer on-demand when you turn on the television.

If you’re staying at Copenhagen’s just-opened Hotel Ottilia, on the other hand, you might have a room that fully disinfects itself each morning without housekeeping lifting a finger.

The hotel has partnered with Danish company ACT.Global in order to use its proprietary ACT CleanCoat technology, which is transparent, odorless, and activated by sunlight. The main ingredient, titanium dioxide, is also found in sunscreen. In tests from national research organizations such as Denmark’s National Research Centre for the Working Environment, the antibacterial spray has been shown to break down microbes that range from influenza and salmonella to mold spores and allergens. Cover a room like invisible insulation, and it can purify the air for up to a year, removing contaminants such as cigarette smoke or other odors.

“We’ve been testing this system for two years,” says Karim Nielsen, chief executive officer of Brockner Hotels, the Ottilia’s parent company. He compares the invisible coating technology to Teflon and first trialed it at the nearby Hotel Herman K. Now the two hotels are the world’s first to use it to clean themselves.

“What really sold us on it was that it would make life so much easier for our staff,” Nielsen says. Housekeepers don’t have to apply chemical detergents and cleaners or breathe their fumes. They can vacuum, dry-clean linens, and wipe down surfaces, and CleanCoat does the rest. Guests also benefit: Their rooms are cleaned faster without using chemicals that can cause allergic reactions.

Nielsen estimates that each room costs $2,500 to cover with CleanCoat. “The technology is expensive,” he says, “but we’ve reduced the labor load by 50 percent. It’s giving our staff a much easier day and reducing our water consumption.” An additional benefit, he says, is cutting down on maintenance costs. “Since we no longer use chemicals to clean, we’re never spilling [bleach] on carpets.”

The 155-room hotel, which occupies two former stock buildings from the original Carlsberg brewery, illustrates the newly fierce competition among the city’s hoteliers. Ottilia’s striking, round windows-with built-in reading nooks-evoke the original brickwork and the shape of beer bottles, and the location in up-and-coming Carlsberg City puts travelers in one of Copenhagen’s most dynamic new neighborhoods.

“Copenhagen’s hotel scene was very boring until about five years ago,” Nielsen says. “Big chains like Scandic and Hilton have always taken the big properties when they come for sale, so the market has become driven by hidden gems. It leaves innovation to the smaller properties,” he explains.

Guy Langford, vice chairman and U.S. leader of the transportation and hospitality team at Deloitte, is less certain that this is the next big innovation to take hotels by storm. “Sustainability is something large brands are really prioritizing right now, but it’s important to focus on the measures that can be easily scaled,” he explains, referring to common but impactful initiatives such as swapping plastic straws for paper.

Scalability could become an issue with CleanCoat. Nielsen has to fully empty a hotel room of furniture to spray it with CleanCoat-something that tends to happen only during renovations-and the formula has to be reapplied each year.

When it comes to healthy lifestyle trends, Langford says, innovations are most readily embraced when they help travelers maintain their existing habits on the road. “That’s what’s driving popular new amenities like customized lighting settings, healthier menus, air purifiers, and the like.”

But if the CleanseBot is any indication, consumers are ready to embrace anything that ensures a clean and healthy stay. The new device, roughly the size of a hockey puck, is a packable cleaning robot that kills E. coli on your hotel room’s most germ-ridden surfaces. It launched on IndieGogo last month and has raised more than $1 million since. And Langford concedes that technology doesn’t always have to reinvent the guest experience to prove useful; it can also be validated through operational efficiencies.

“We have a happier staff now,” says Nielsen, regarding that point. “It’s something we’ll roll out to all of our hotels as soon as we can-and we won’t be surprised to see it in some of the bigger brands in Copenhagen, too.”