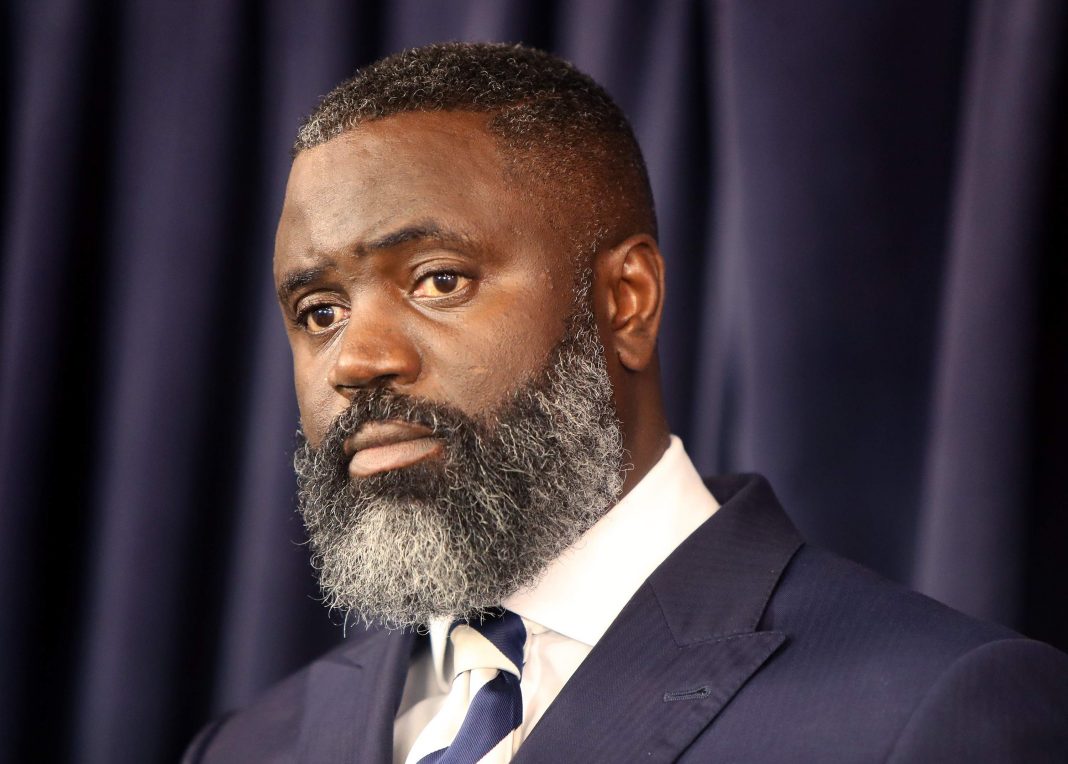 
A plan to create a fintech hub has been put on hold so the Government can check if it would be a waste of money.

Officials will determine if the proposed services are already offered by businesses in Bermuda.

A spokeswoman said: The Government wants to ensure that it is not only being fiscally prudent, but effective and efficient with the appropriate use of its resources.

With that in mind, we are closely reviewing our resources to ensure that we are not duplicating any services which may already be provided for in the private sector.

A contract to redesign the third floor of the former IAS building on Church Street in Hamilton was awarded to Clarico, a consultancy company run by Keith Claridge, the stepfather of finance minister Curtis Dickinson.

Wayne Caines, the Minister of National Security, last year compared the plan to the early days of Californias Silicon Valley.

Mr Caines, whose responsibilities included fintech at the time, told a public meeting last May that the Governments plan was to establish an incubator, where people can come to Bermuda with all of their ideas, they can come with all of their dreams, their aspirations.

He said: The reason why an incubator is so crucial is because you can have 30 different companies in one room. Remember the old Silicon Valley?

So if you have a room and youre saying this works or this doesnt work and you have 30 companies in a room, we believe theres a synergy.

Mr Caines said any of the start-up businesses from the fintech centre could be the next Amazon or Google  and that he hoped they would stay on the island after they hit the big time.

He added: The next thing the Government is doing that is actually flying, is the incubator.

Mr Caines told the audience the Government had bought Park Place and the top floor was earmarked for a co-working space where companies could rent chairs or meeting rooms.

David Burt, the Premier, told the House of Assembly last July that the Bermuda Housing Corporation had acquired the property through the Ministry of Public Works and repeated that its uppermost level would be kitted out to advance our fintech ambitions.

A request for proposal for architectural and interior design services was issued last September.

The Government said it wanted a premier fintech hub that has co-working spaces that meets the needs of a non-traditional sector with sleeping pods, social quarters, environments for gaming, media centre and hot desks.

The document added: Traditional spaces should also include but not be limited to, boardrooms, meeting rooms, communication/telephone rooms, a training room, dedicated office spaces, shower facilities and kitchens.

The design and associated consideration of works will provide modern and sleek open spaces, which eliminates walls and cubicles for office spaces.

The closing date for submissions was the middle of last October with a proposed project start about date two weeks later.

A government spokesman said last month that a contract valued at $74,000 was awarded to Clarico Ltd.

The sole director was listed online as Mr Claridge.

Design services were broken down into four phases but the project was put on hold at the first step, which was valued at $20,000, for the review to take place.

Mr Claridge was among the family members thanked for their tremendous support by Mr Dickinson when he was announced as a Progressive Labour Party by-election candidate last May.

Mr Claridges LinkedIn profile said he had been a government consultant since May 2015.

His profile added: In 2014, I established my own consultancy company Clarico Ltd based in Bermuda.

As CEO and employee of this consultancy I undertake a wide range of project management and contract documentation for civil engineering works undertaken by the Government of Bermuda and other construction entities in Bermuda.

Mr Claridge and the Government said that the appropriate tender process was followed.

The consultant, on behalf of Clarico Ltd, said work carried out for the supply of interior design services was undertaken in response to normal procurement processes.

A government spokeswoman explained: The tendering process was completed in accordance with all guidelines issued by the Office of Project Management and Procurement.

She said three proposals were received by the national security ministry.

The spokeswoman added: The team fully considered conflicts and apparent conflicts of interest as Mr Dickinson was a member of the House of Assembly.

It is important to note that the procurement process was completed before MP Dickinson was appointed Minister of Finance.

She said: The rationale for Clarico being the successful bidder was the vendor submitted all mandatory forms, had the required experience, best matrix score and lowest price.

The Royal Gazette asked yesterday if Clarico had received any payment and if it would be paid the total contract value if the Government changed course after a review.

No response was received by press time.